By Antonio Infantino @antonioslimjim · On August 19, 2016

As I nodded my head to Strawberry Swing, captured by a melancholic bliss absent from anything R&B had churned out lately, I was caught between the memory of a past flame and reminiscent thoughts of a coming-of-age summer. Nostalgia, Ultra’s dream-pop core was something new, exciting, and a mark of what was to come. An artist that created a new formula, to surf on genre-borders, to avoid the limelight of the mainstream, whilst embracing it for record sales.   It was the best thing Def Jam had spat out since Dru Hill. It eclipsed the Alt R&B sound that had been overcooked in recent years. It was summer. And Frank Ocean was King.

Five years later and I’m streaming Endless, a film by Frank Ocean. It’s an R&B Depeche Mode Album. It’s a sibling-record to his Channel-Orange-follow-up. It’s an ambient visual record. It’s a lot of things but what it’s not, is what the fans really wanted… Needed! After a three-year wait and a year-long treasure hunt.

Living in a musical tech-dystopia, void of the excitement of buying CD’s in a record store, I only found out about Endless via an explosion of Twitter excitement. Frank has embraced the streaming-age, swerving the media-promotion marketing campaigns in pop culture, and really doing things how he wants to. As I streamed the ‘album’ I’m very aware of the artist’s direction, whilst stripping down his R&B sound to its very core and redressing it with a grand scale sound; unrushed, spacious and relishing in imperfection.

After a few listens, new themes and details emerge. Endless explores both love and loss, everything and nothing; everything the artist has experienced that has made Frank Ocean the enigmatic character that he is, and the inevitable ‘end’ to relationships, to good, and to bad. Love lost is a theme that glimmers throughout the record, and runs through Frank’s work, tying in with his coming-out Tumblr blog three years ago, recounting an unrequited teen love.

But there is also a sense of loss for the world. Although titled Alabama, the third track talks of New Orleans and his upbringing. There is a sense of the loss that nature brought with it when hurricane Katrina hit his birthplace, displacing over one million people, destroying the place he called home.

Finally, there’s a loss of faith. Faith in the system and faith in God. There is always a strong quasi-religious undertone running through a Frank record and with his latest effort Frank presents a loss of religion.

After previous tracks dabbling in theological debate, (We All Try, Bad Religion, Monks), Endless projects a disenchanted world. Infinitely blessed becomes Infinite Jest. The imagery on Rushes To, ‘the backs of God’, the repetition and dual-meaning for ‘the son who leaves’ flirt with an existential angst and a move away from the supernatual. There’s a secular discontent evident, reminding me of a Charles Taylor quote – It’s the richest societies of our day that are among the most teeming with dissatisfaction. As we struggle with a life of absurdity and the material, it’s the poorest societies that are united, and strengthened by belief. 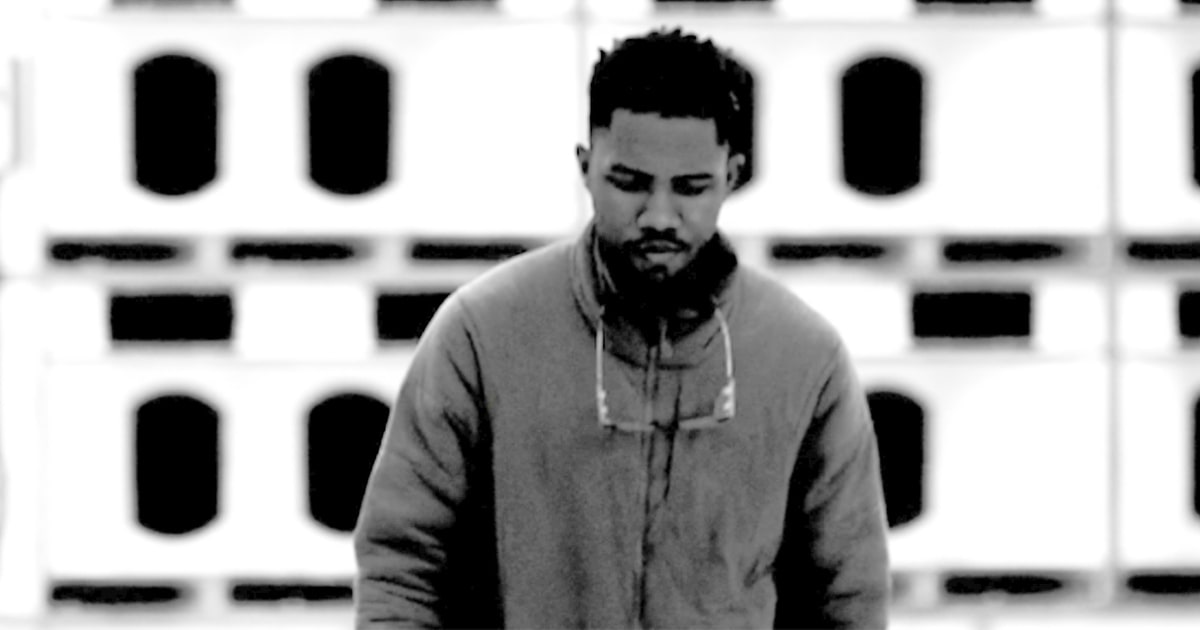 Aside from its thematic content, there’s a lot of filler in Endless. The Intro/Outro, Isley Brothers cover and Ambience tracks pack out nearly half of its duration. But there are some real tracks in here.   As ‘In Here Somewhere’ sounds, I can’t help but see the track’s parts as a perfect sum of its whole. There’s an R&B banger in there somewhere. Hidden deep in the empty chasm that Frank has created, so that you know he’s a credible artist. Because just making R&B bangers is too easy. ‘Slide on Me’, however, is Frank’s version of just this – stripped down R&B at its best – with a Frank Ocean touch.

Elsewhere, he spits some bars on ‘Mine’. And when Frank raps, it’s impressive, as he switches up the flow several times in two minutes of fire. This is matched with the brilliant ‘Sideways’, where I think Frank is at his best, his flow impeccable, his content ice cold, and his delivery over the offbeat instrumental is enough to get fans drooling.

It’s a success as far as a forty-something minute piece of music. But it’s Boys Don’t Cry that fans are awaiting, still annoyed and rightfully impatient. After the mysterious web stream a few weeks ago, this new material is warmly welcomed but we’re going to need a little more meat, after a Homeric delay longer than Penelope’s wait for Odysseus from war.

An Apple Music rep has suggested fans to look out this weekend for more Frank, whilst his producer Malay states ‘Art cannot be rushed. It’s about making sure the perfect aesthetic for the situation has been reached, to do that takes constant tweaking, trial and error… That goes for any creative (situation).’ It’s a fucking R&B album Malay. Not a piece of fine art.

Regardless, keep your eyes peeled and in the meantime, enjoy Endless HERE.