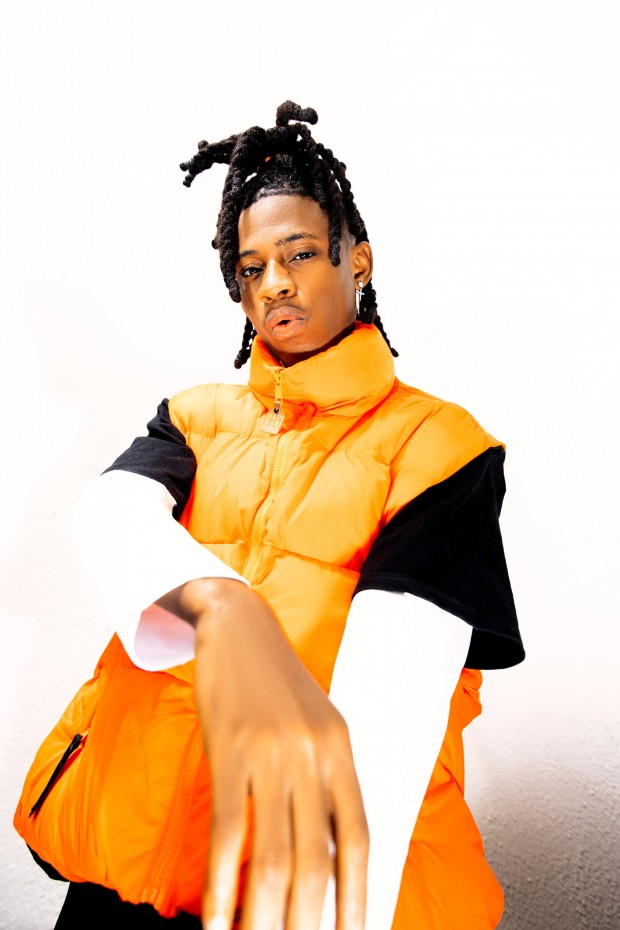 Combining elements of Afrobeats, pop, amapiano and trap, ‘Diversity’ tells the tale of love, heartbreak and Khaid’s past life. The six-track release kicks off with hit single ‘With You’, a song inspired by love and loss that has already racked up over 10 million streams across DSP’s. Next up is his most recent single ‘Ski’, an exploration of self-discovery, and ‘Akpako’, which speaks of a young man who refuses to be intimidated by the hardship of the street and still believes in the best outcome of life.

The second half of the record features ‘Blessed’, a spiritual track that sees Khaid appreciate the guidance and protection of God, and ‘Fire,’ a song dedicated to men celebrating the special woman in their lives, before things are closed out with ‘Badman’, a rousing track describing the feeling of a guy who makes his girl happy due to what he brings to the table.

“The EP shows how I lived in the past while exploring different sounds,” Khaid explains. “Basically my past life and diversifying into different genres of music.”

At just 17 years of age, Khaid makes his official entry into the music industry starting his career with traits of determination and originality. Taking influence from Rema, Roddy Rich, Juice WRLD and Polo G, his musical style is described as Afro-trap – a mixture of highlife sounds with distinctive contemporary elements merged with his local influences, including his mother tongue Yoruba and trap riddims. Praised by the likes of Consequence of Sound and Elevator, press has exclaimed “we could be witnessing the come up of a breakout star.”

Showcasing a wide range of styles and influences, the aptly-titled ‘Diversity’ is the work of a young artist brimming with natural talent.

To find out more about Khaid, go to: Instagram | Spotify | TikTok