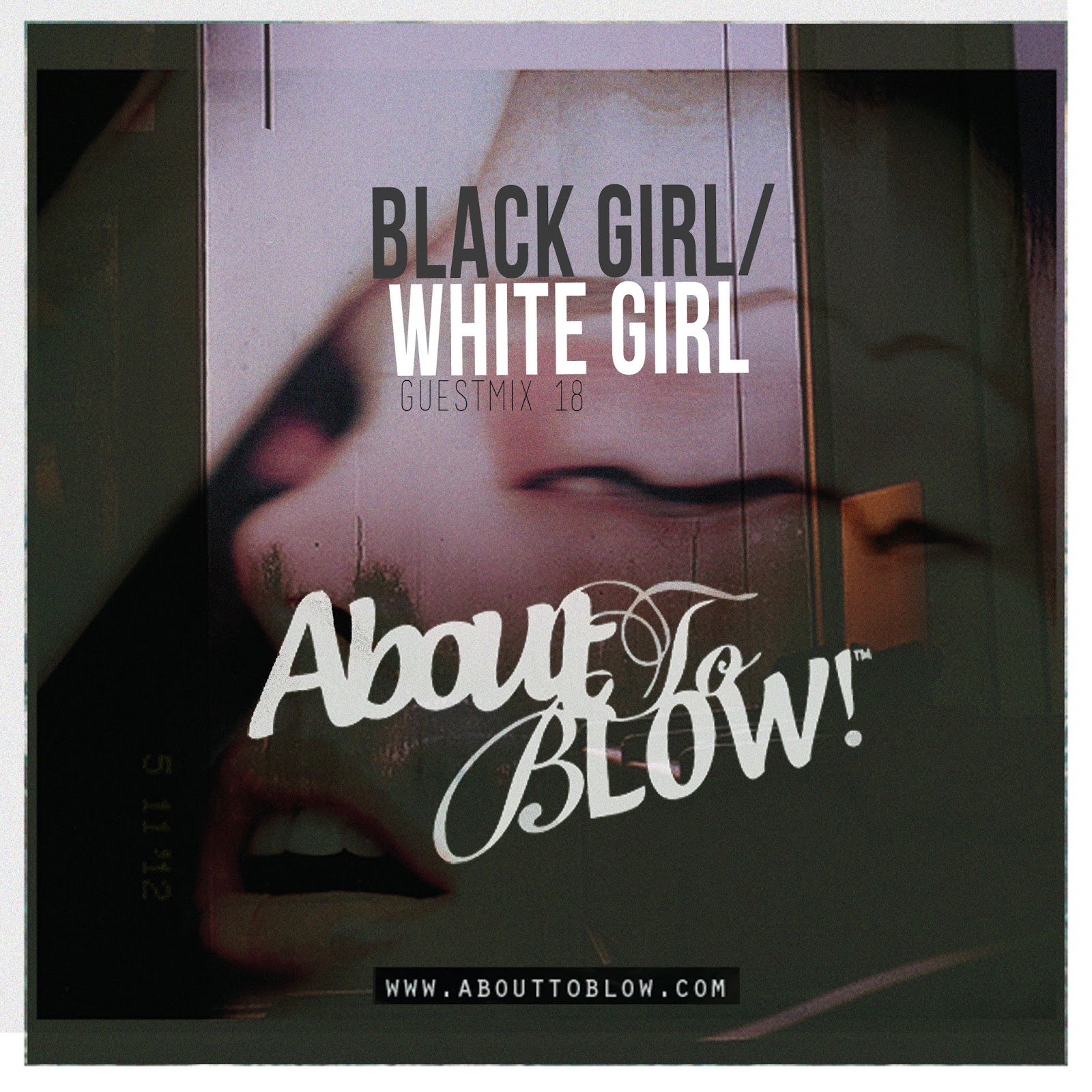 Since the humble beginnings of AboutToBlow & the introduction of the Guest Mix Series we’ve had the countless pleasure of introducing a myriad of artists we’ve invariably been admiring the sounds of. Yet it’s not everyday we’ve had the opportunity to become acquainted with a duo from Amsterdam & Tel Aviv who have been making waves for showcasing the UK sound in their respective countries. Until now.

Residing from remarkably different backgrounds yet brought together in what they conceivably believe to be a twist of fate, Tahnee & Karin aka BLACK GIRL/WHITE GIRL are a female duo who have been rapidly making a name for themselves as they expertly fuse styles of House, Garage & UK Bass to audiences across Europe.

While the electronic music spectrum is full of producers that could be described as unique, you’ll be hard pressed to find a female ensemble who mix it up like these two. With an uncompromising love for Chicago House, their sound switches with ease as it lends influence from current styles of Bass, Garage & R&B that underpins their sound which maintains a tempo undeniably catered for the dance floor.

With a steady flow of productions being released including the wonderfully soulful ‘Believe U’, it seems that BGWG have build a solid platform from which to take on 2014. Read below as we get into topics including female dj’s in dance music, the Israeli club scene & their love for UK music as well as what to expect from their addition to our Guest Mix Series. Thanks for talking to us today! First off can you give us some background into who BLACK GIRL/WHITE GIRL are and where you both currently reside? Hello guys! We are Karin and Tahnee, two girls from Tel Aviv and Amsterdam. Currently we both live in Tel Aviv, but who knows where the future might take us? We like to geek out on drum machines and synthesizers. Analog/digital, hardware/software, we don’t really care, as long as it makes awesome sounds. We also absolutely love to joke around, cook &  bake, and travel, of course!

We have to ask how did the name come about? Was it a long time coming or a fairly easy decision? Gosh, when we think about it, it feels like some time ago that we came up with this name! But it was only last year, haha. Well to be honest, we were just sitting around digging for some tunes, and we heard a track that gave us the inspiration. But it does have a fairly nice ring to it right? To make things shorter in writing, people sometimes refer to us as “BGWG”. And of course it’s also our personal Twitter hashtag. If you tag your tweets in that way, we will definitely notice it.

The UK club scene is extremely open to & welcoming when playing music from across the globe, but we have to admit we haven’t heard a lot coming out of Israel. What’s the scene like out there? Is there a big market for underground music? It is? Well, that’s great! You guys are really lucky considering the amount and diversity of great music that’s coming from the UK. The underground scene in Tel Aviv is alive and kicking. Some artists have definitely been putting Israel on the map lately, and the house & techno scenes are mainly the ones that are getting bigger and more diverse. But you know, our little country of Israel is still a little bit stuck in trance music, and with the whole EDM thing getting bigger and bigger.. Well let’s just say there hasn’t really been much room for different underground sounds. But we are working hard on changing that. We feel that it’s only a matter of time before Israel is down with the UK vibe. Our people are ready for it, they just need a leader to show them the way.

Of all your shows is there one that stands out as your favourite thus far? We don’t really like to play favourites with shows and crowds, we really appreciate everyone who books us and all the people who come down to the shows. Because they really don’t need to, you know? So big respect to all of them.

Over the weekend Radio 1 celebrated International Women’s Day by letting a fully female DJ line-up take over the airwaves, are there a lot of females representing in the Israeli clubs? Do you think it’s still harder for women to make it as DJ’s today? Yep, we heard about it. It’s cool. We don’t think it’s harder for women per se. It’s just that you need to be good at more things, not just making music. You have to be good at networking, marketing, being independent, etc. We do believe that if you know what you want, and you know how to get it.. Well, nobody should be able to stop you no matter your gender. And yeah, we know of a couple of female Israeli DJs out there who’ve been in the scene for quite some time. But there’s also this new generation ready to snap up the chance and shake things up a bit. And all we can say, is that they should go for it, all the way. Nobody is going to come and whisk you away to stardom. Only you can make your dreams come true.

Can we just tell you how nice your latest release ‘Believe U’ is, what’s the motive behind your productions and who would you cite as your inspirations? Thanks so much! We really love the reactions we’ve gotten on that one. The motive behind our productions is always to make something that sounds fresh, inimitable and 200% like us. We don’t feel the need to sound like anybody else out there. We just take the bits and pieces that we love from the music that touches us, and then we just go and make it our own. Our music isn’t necessarily aimed for the dance floor, it should be nice to listen to on a lazy Sunday afternoon as well.

Are you fans of the UK underground scene? Are there any artists you’re particularly feeling & will you be gracing us with your presence for any live shows in the future? Absolutely! It’s sonically diverse and there’s a lot of fresh stuff coming out of the UK. We’ve been feeling a lot of Kidnap Kid’s recent productions. And we still can’t get over MNEK, just not sure if he’s underground anymore now.. LOL. But there’s loads more. Tom Shorterz is awesome, as well as Kry Wolf, My Nu Leng, Ben Pearce.. But we are missing A LOT of great artists in this list right now. To make a long story short, let’s just say that for many, many reasons, we REALLY love the UK. And yes, we are planning to come to the UK very, very soon.

And last but by no means least thanks for being a part of our Guest Mix Series, what can we expect to hear? Any exclusives? Thank you for having us. Well to be honest, we generally don’t really like to stuff our own productions into mixtapes just for the sake of it. It’s kind of like taking your dick out of your pants and showing it off to everybody. For us, it’s all about subtlety and not stuffing things down people’s throat. The mix we made for you guys is a musical journey, and it we always take care to not play those run-of-the-mill Beatport Top 100 tracks in our mixes and sets. Just have a listen though, and you’ll get what we’re talking about. About those exclusives.. As it so happens, we will be releasing a new track in the next weeks, and we just want to say that because you guys at ATB have been so nice to us, we will give you the exclusive. So there you go! Thanks ATB!

BGWG are currently in the running to be this summers resident DJ’s for legendary Ibiza nightclub BURN, to help them achieve the ultimate goal you can vote for them here.