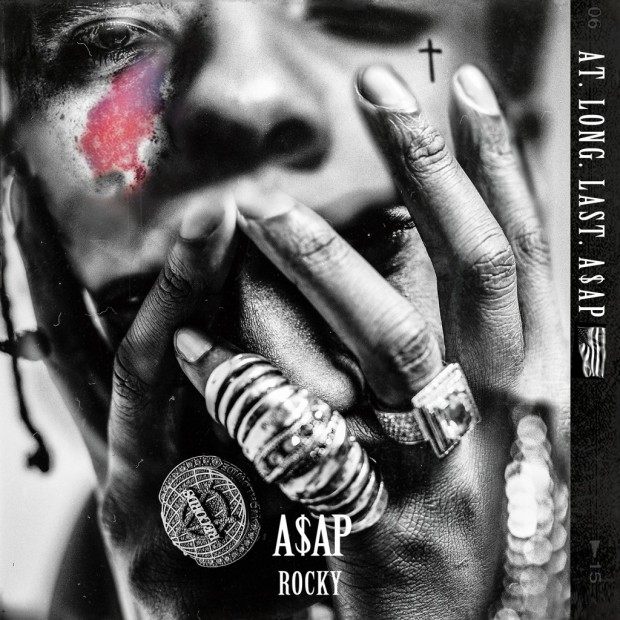 By Antonio Infantino @antonioslimjim · On June 3, 2015

He’s good looking, his rapping has marginally improved and his marketing strategies – from fashion to album art and stylized titles – are one hunna.

Initially ‘At.Long.Last.A$AP’ seems a mundane, boring follow up to ‘Long.Live.A$AP’, all too similar both in sound and album title. But after sifting through the album a few more times, in greater detail; there is progression to be noticed and fun to be had. There are moments of 2010 Rocky in the album; old school Rocky-flow and a Schoolboy Q chorus in ‘Electric Body’ is a remnant of how good Rocky was at the beginning of his career, pre-Rockstar. And as Schoolboy sings ‘Shake that Ass gurlll, make that coochie wet’, a codeine-stained thumbs up is our universe response.

It’s evident becoming an A List ‘fashion killa’ gains you numerous cool friends. To pick through the list of featured artists, some work, some don’t. Verses from Yeezy, Weezy and UGK are fire, whereas the Rod Stewart and Miguel pop song is hard work. A rare Mos Def (now Yasiin Bey) verse shows he’s still relevant, both his flow and diverse vocabulary showing he can still match young guns like Earl Sweatshirt. The best of the bunch is on ‘Fine Whine’, where M.I.A powerfully appears from nowhere, two minutes in, repeating ‘Tell your new bitch she can suck a dick’ and Future blows everything out the water with a lean-induced heart-felt thirty-three seconds providing the standout verse of the album. Future talks of his tripartite love; Ciara, the streets and his pink drink, somehow switching flows more times than Nikki in ‘Feelin Myself’.

One of the stories of the album however, is that of Joe Fox, who went from busking to balling after collaborating on a number of tracks on the album and adds an important melodic voice to the record.

Danger Mouse, Kanye West and Hudson Mohawke feature on the production credits, with psychedelic, glossy beats on tracks like ‘Fine Whine’, ‘Dreams’ and ‘L$D’ creating a winning formula for the album’s intoxicating sound.

Overall this record is solid, if not entirely predictable, with moments of brilliance followed by unexciting gaps and sporadic fails. Rocky needs to lose the quasi-religious self-righteousness; ‘Holy Ghost’ is as annoying as it is transparent, with religious symbolism thrown about in a manner that’s neither smart nor subtle. Unsurprisingly A$AP Yams plays a role in the album, his premature death earlier on in the year leaves a codeine-infused dark shadow over the record and his vocals complete the final track with a hearty rant and a haunting, posthumous laugh as the track fades, very much a tribute to Rocky’s friend and the last real A&R man in rap music.