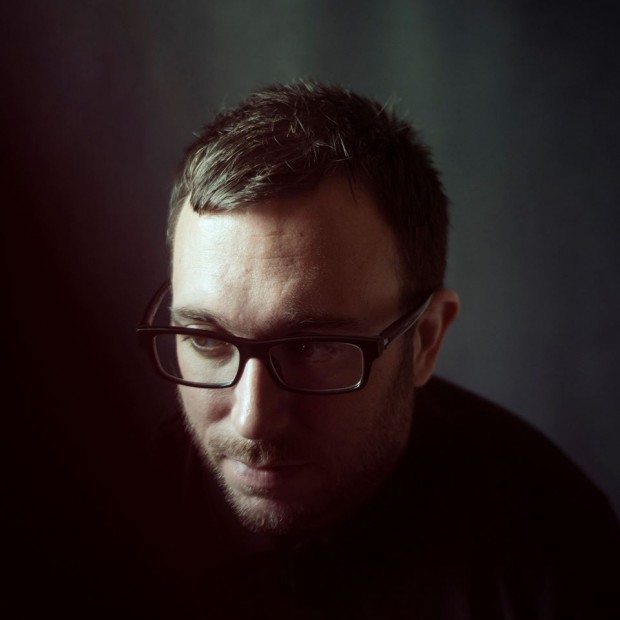 About To Blow Meets: Shadow Child

In a scene that’s become increasingly influenced by youth & formulaic frameworks, the topic of perfection is an interesting one. “I take huge pride in what represents me when people press play, it takes time to develop that and sometimes it’s just a natural thing”. Simon Neale, or most of us otherwise know as Shadow Child is, in producer’s terms somewhat of a veteran. Having released tracks for the last decade, he upholds an exhaustive approach towards his productions that undoubtedly holds a large part to his success. “Maybe it’s more pride that perfection?? Who knows”

This concept of precision and perfection is admirable and one which powers Shadow Childs activities as DJ, radio host and as co-founder of the increasingly influential Food Music. The understanding of what makes bodies move is a skill that he’s quite simply locked down over the years, and further explains exactly why the Southsea resident’s exceptional curatorial vision has won over crowds all over the world including most recently our notoriously hard-to-please Stateside friends across the pond also.

With warm and invigorating grooves that contort over raw, rhythmic basslines, it was the unforgettable genre-blending big room anthems of ‘String Thing’ & ‘Rustic Chip’ that ignited dancefloors and became many DJ’s big-room tool back in 2012. Having since developed an impressive catalogue of weighty releases that have seen him champion both the populist house sound and the experimental, there has always been something quintessentially unique about the Shadow Child sound which is exactly why he’s one of the most sought after selectors within the scene that’s spans the worldwide market.

More recently Food Music, the label he co-runs alongside Kry Wolf, has been gaining widespread attention having incubated a slew of big names of late. With Bodhi, Friend Within & NYTA featuring on the excellent ‘DNA’ compilation it’s the producers approach to his side-ventures, including a excellent weekly Rinse radio series that exposes a quality observable within all crafts of his work: a commitment to showcasing quality, soulful sounds that appeal on a mass scale.

Looking ahead to his own-curated line up at Bristol’s skatepark-turned-nightclub Motion next month, we caught up with Shadow Child to discuss what looks set to be a massive event in addition to a look back at his past, present and future.

Thank you…well it’s been a lot of work, although it never seems like real work! I’ve just followed my instinct and always somehow been right, I think there’s a lot to be said for that. I’ve made mistakes too and anyone who’s setting off into something new should never be afraid of that, it’s part of the curve. Cliché stuff maybe, but all true.

I loved every moment of the Spoon days, but I can’t lie and say I was into the transition from Electro-House to what is now EDM. It’s not something I like to diss though like some, I simply wasn’t into the music anymore, you have to feel what you do. I guess that could happen to House as we know it right now too, eventually.. but for now I can safely say it was the best professional decision I’ve made, although it was a huge risk in lots of other ways. Sometimes business and creativity don’t go hand in hand. Kind of out of character for me to be risky, but I’ve learnt in this game to follow the vibe.

Thanks…y’know what though, if you’d have said that 2 or 3 years back I’d say no, but I’ve learnt a lot about myself in recent times to say that’s a fair observation. I just do what I do, not always right but it’s always with a degree of perfection…not OCD! I take huge pride in what represents me when people press play, it takes time to develop that and sometimes it’s just a natural thing…maybe it’s more pride that perfection?? Who knows.

It took a while to get it fully off the ground because we changed our team who help run the label half way through, but all the props really go to Kry Wolf for that one. I was a small part of it and they really pulled it out of the bag for sure. We’ll start planning DNA 2 soon, but for now we’re still celebrating having our first out there.. and big ups to Kry Wolf for that!

Yeah it was huge fun, again it’s early days to say we’ll always be doing parties, but a few a year for sure. We wanted to test the waters and see if people actually ‘get’ the label, which they of course do! It’s a small operation behind the scenes here but that tour proved there’s a huge following, and to take it out of the UK in particular and have a fan base in LA, and Amsterdam is immense. The blood, sweat and tears are rewarding for sure!

There’s a balance now, but I hold my hands up to 2013 being out of control personally. It did me no good to be so non-stop. By that I don’t mean I lived on the road like some DJ’s do, it was basically the fact I didn’t use the ‘off button’ all year and burnt out. I learnt a lot about myself early 2014 following that, and the importance of switching your mind off. It’s hard because like most, I’m obsessed with music and what it gives you, I love the label too and if sleep wasn’t a necessity, I’d be in my studio 24/7 but, it can’t be like that.. it’s disastrous if you get like that, no doubt.. unfortunately I’m a pro at finding out the wrong way!

Great to hear thankyou! I love it, Rinse gives you the freedom to get on with it. It’s very relaxed and I believe it get’s the best out of specialist music and DJ’s. I was on Radio 1 in the Spoon days doing the residency show and I loved that too, but it’s such a different environment to be in. I was of course fine with the professionalism and regimental vibe of the BBC.. it taught me a lot, but I wouldn’t swap what I now do on Rinse FM for anything. It’s not just a highlight of my listener’s week, it’s a huge highlight of mine too and I’m stoked to have such a fan base that stems from my show, from all over the world.

I remember the first time was in a small side-tunnel, forgive me for not knowing the name of the room! I turned up after playing Bournemouth at around 5am back in early 2013 or something, but it was still rammed and so vibey. It only goes from strength to strength at Motion and the main room shows I’ve gone on to do there have been incredible. It’s a privilege to bring my thing to Bristol, not least to Motion, so this lineup was important to get right. I’m a huge Bodhi fan in particular, nobody plays music like they do..!

I hear lots of amazing records all the time, but sometimes the extra presence around an artist that the industry needs for someone to ‘blow up’ isn’t quite there. That’s not a bad thing because the music is most important, but I guess ones to watch at the top of that pile are people like Shiba San and also Eli and Fur I think aren’t so far off too.

There’s loads of wicked festivals around Europe and more, America and other dates to look out for too…2 or 3 collab’s I’ve done which I can’t mention right now plus of course Rinse FM every Wednesday evening. Keep an eye on the socials for more!