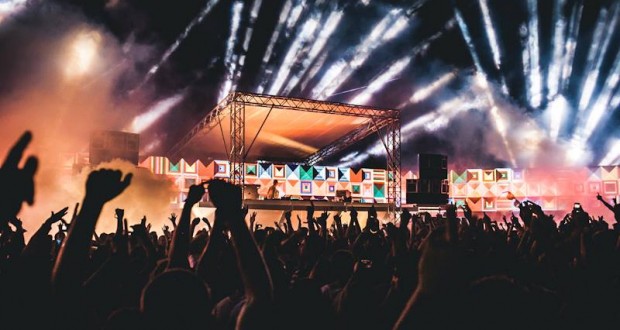 Since AboutToBlow’s inception a fundamental part of our fabric has always been to forage the summer musical landscape to find the best festival’s on offer. With the sheer scope on offer it would be neigh-on impossible to attend everyone, which means reputation and word of mouth of course comes in to it during the initial planning process. Yet looking back on what was available there’s one regret that lingers from last year & that’s missing out on the inaugural edition of the widely-revered Dekmantal Festival which, considering it’s reputation for hosting Amsterdam’s best parties always looked to be an odds on bet for best new festival.

Since Dekmantel’s inception in 2007 it’s club night’s have always represented for the hardcore electronic music fans, & with the likes of AME, Ben Klock, Carl Craig, Dixon & Gerd Janson scattered amongst a heavyweight line up of non-commercialised House & Techno it’s first festival triumphantly served to showcase it’s ethos. From a booking standpoint its a festival that divides the pretenders from the pack & this year proves to be no different, curating a line up that reads as a who’s who of House, Bass & Techno that’s left us overly excited to touch down in the Dutch capital.

The Detroit superforce that is 3 Chairs are quite simply a joy to behold & will be bringing their 3 man showcase to Amsterdam Bos alongside the latest duo Jackmaster & Oneman, who’s four deck ‘Can U Dance’ spectacle will no doubt get bodies grooving. Live music will be on show through the likes of (the currently on tour) Mount Kimbie which, considering the quality of last year’s ‘Cold Spring Fault Less Youth’ are a welcome addition. Nicholas Jaar & Robert Hood are coming off the back of strong recent releases & will no doubt amass sizeable demand also.

Fans of forward-thinking styles of Bass will have the likes of Boddika, Martyn, Ben UFO, Pearson Sound & Joy Orbison on hand to spin over the weekend. For the techno heads Tale Of Us, Blawan & Surgeon & Karenn will be playing alongside Berlin label Ostgut Gun Showcase who possess the likes of Ben Klock & Prosumer on its roster. House lovers will be treated to various strains including Theo Parrish, Jamie XX, Bicep, Julio Bashmore, Levon Vincent & DJ Koze make up just a fraction of what’s on offer.

What’s more in the build up to this year’s three day pleasure trip the Dekmantel team have teamed up with Warsteiner to curate a video series that sheds light on a number of it’s most celebrated DJ’s. The series entitled ‘Sole Selectors’ explores the lives of a chosen few which gives scarcely seen insight into the daily of lives of our favourite DJ’s & accounts their absolute passion for music. The first episode begins with one of the most versatile dutch DJs: Antal. Besides being a highly respected DJ, Antal runs the acclaimed Amsterdam based record store, label and music distributor Rush Hour.

Tickets remain are on sale via Dekmantel’s official website (see here). Priced at a handsome €105 for 3 full days of music, you’ll be hard pushed to find better value anywhere in Europe. There’s also the option to buy single day tickets for €42.

Accommodation information is also available here, including onsite camping tickets for the cost of €30.