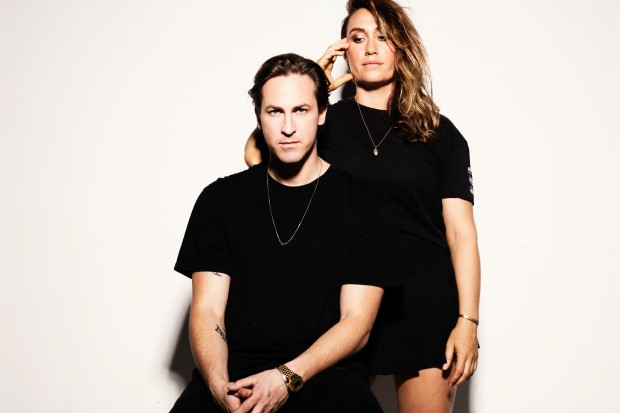 Fresh off the back of their huge summer anthem ‘Real Life’ with Duke Dumont & Gorgon City, upcoming Australian duo NAATIONS have today announced the release of their latest single ‘Want Me More’.

The uplifting track from long-time friends Nicky Night Time and Nat Dunn, features an emotive vocal performance from the latter, with gospel backing that adds real force to the tail end of the production. ‘Want Me More’, which focuses on punchy piano chords, is underpinned by a deep and rhythmic bassline which showcases Nicky Night Time’s highly polished production skills.

NAATIONS kickstarted their career when the pair launched their critically acclaimed debut release ‘Kingdom’, and since then the pair have gone from strength to strength. Their follow up single ‘Alive’ was their introduction to UK radio, with support flooding in from BBC Radio 1’s Pete Tong, MistaJam and Danny Howard – with Danny Howard making the track his ‘Future Anthem’. Their recent Duke Dumont& Gorgon City collaboration ‘Real Life’, amassed over 13 million Spotify streams, and stayed in the UK Top 40 for a mammoth 12 consecutive weeks. The track, which became the soundtrack to the summer in Ibiza.

Having previously worked as separate acts before forming NAATIONS, Nat has penned tracks for rising talents Bearson and Alex Winston, whilst Nicky has teamed up with the likes of The Klaxons, as well as gaining a coveted ARIA Award nomination for his track ‘Everybody Together.’

NAATIONS have steadily establishing themselves as one of the fastest rising talents in world music. With outstanding performances at V Festival and SW4 and big plans in the pipeline, ‘Want Me More’ gives an exciting insight into what NAATIONS are building towards, as they continue to pave their way to success.

‘We Want More’ is available now. Listen below, cop here.