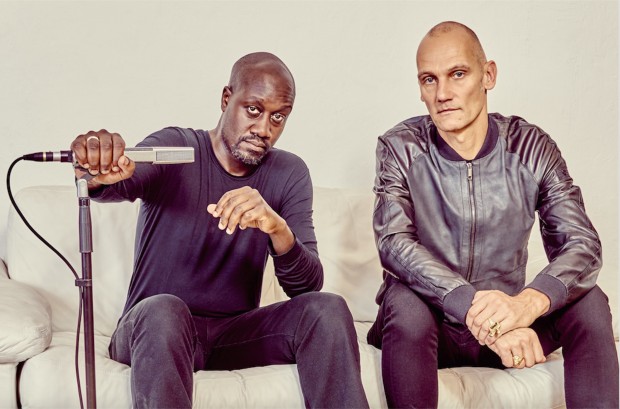 “The bassline sounded incredible, and it was punctuated by the sound of a match being struck; which, at that time, reminded me of the burning torches carried by the white supremacists at Charlottesville, and of the burning crosses of the Ku Klux Klan. So – you can really see how I joined the dots here, I guess – I told Krisz that we should write a song about how to fight the rise of the far-Right, and ‘Firestorm’ is the result – a tune which I hope rouses people, and makes them think.”

We were first made aware of the BBXO project with their break-out single ‘Hard Road To Travel’ earlier this year. It’s the collaborative project of Brixtonboogie founder Krisz Kruezer and influential poet and activist Musa Okwonga. After just a couple of sessions, the pair found themselves in distinct creative roles. Krisz’s background in blues and urban music, described by leading German media as “Blues for the 21st Century” and “the reincarnation of the blues”, meant that he fell into the instrumentation and production role. Musa however, brings the poignant social commentary that forms the topline.

For Musa, the BBXO mantra is synonymous with his work over the last decade. As a journalist, he’s been exploring the resurgence of the far-right in recent years, contributing to a number of publications including The New York Times. Notably, Musa has been taking an in-depth look at how far-right groups use refugees as a scapegoat for all that’s wrong with modern Germany. Lyrically, ‘Firestorm’ is Musa’s most poignant effort to bring his political views and journalism into his musical output..

‘Firestorm’ is the musical incarnation of a plague that’s casting a shadow over one of our favourite cities. Hopefully an issue that can be brought to light.