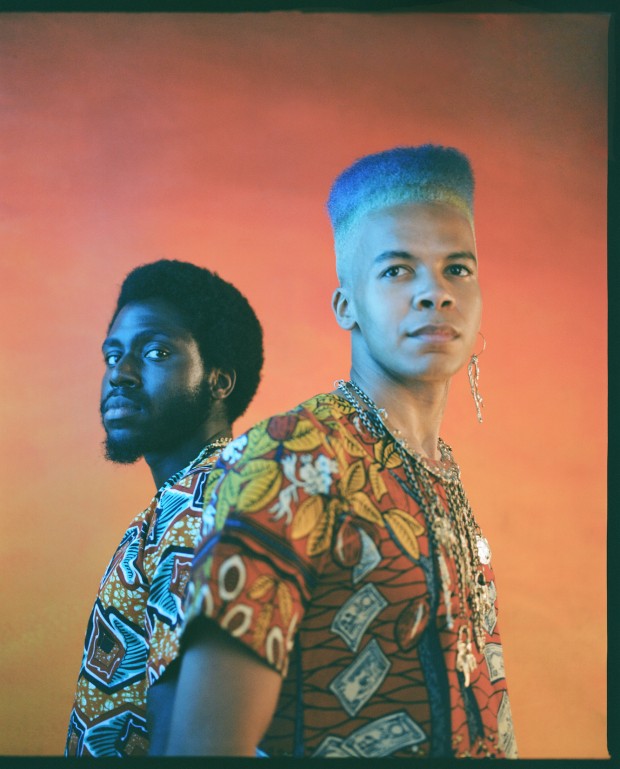 By AboutToBlow @AboutToBlowBlog · On December 10, 2021

Co-written in Accra, Ghana with Ghanaian production talent KillBeatz during a late night production session, ‘Motherland Journey’ is the title track of the anticipated forthcoming LP, and might just be Blue Lab Beats’ most ambitious single release yet, with the vocals of none other than that of Fela Kuti taking centre stage – and the estate of the musical pioneer giving BLB their full blessing to release the song. The vocals are taken from Fela’s ‘Everything Scatter’, while the single represents the first time the duo have really honed in on incorporating their jazz sound and merging it with sounds from the motherland, including amapiano. The release coincides with Blue Lab Beats’ Grammy nomination for their work on the Angelique Kidjo album Mother Nature, and MOBO nomination for ‘Best Jazz Act’.

An album that has quite literally been years in the making, Motherland Journey is the result of tireless days in the studio – a celebration of pushing boundaries, taking risks and overcoming adversity. Out on 25th February, it will feature recent singles ‘Labels’ featuring Tiana Major9 and Kofi Stone, ‘Dat It’ featuring Kiefer, ‘Sensual Loving’ featuring Ghetto Boy and ‘Blow You Away (Delilah)’.

“Motherland journey is a very special song to us especially having a legendary Fela Kuti feature on this track,” Blue Lab Beats explain. “We made this song when we were in Ghana with the one and only Killbeatz. When we got confirmation to have Fela Kuti‘s vocals from his publishers in Nigeria we were honestly blown away that he could really feature on our tracks. An absolute dream come true. When we got Poppy and Kaidi to play the horn line then we definitely got the song we wanted.”

One of the fastest-rising production duos in the world right now, Blue Lab Beats consists of producer NK-OK and multi-instrumentalist Mr DM. Starting out as bedroom producers, remixing tracks from A-listers such as Dua Lipa and Rag’N’Bone Man, the pair quickly grew into something far more potent – crafting a supple, wide-ranging sound inspired by the pioneers of hip-hop and the music of the African diaspora while staying true to their London roots.

With over 32 million streams and having played Glastonbury as well as supporting the likes of Roy Ayers and Thundercat, Blue Lab Beats releases such as 2017 EP ‘Freedom’, with its stand out track ‘Sam Cooke & Marvin Gaye’, or 2018’s ‘XOver’, a debut album brimming with hits including the eight-million-times-streamed ‘Pineapple’ and the acclaimed ‘Sam Cooke & Marvin Gaye’ featuring Kojey Radical and Tiana Major9, have proved how popular their sound has quickly become. Releases such as the 2019 EP ‘Vibe Central’, which has features from Grammy-nominated trumpeter Theo Croker, and statement track ‘Hi There’, a soulful instrumental sermon that also appears on Blue Lab’s 2020 album Voyage, has brought them further success. They also performed a sold out hometown show at Hootananny Brixton in November, sounding off what was another career-defining year in style.

One of their most daring and sonically challenging tracks they have ever created, ‘Motherland Journey’ further heightens the anticipation for the release of the album of the same name.