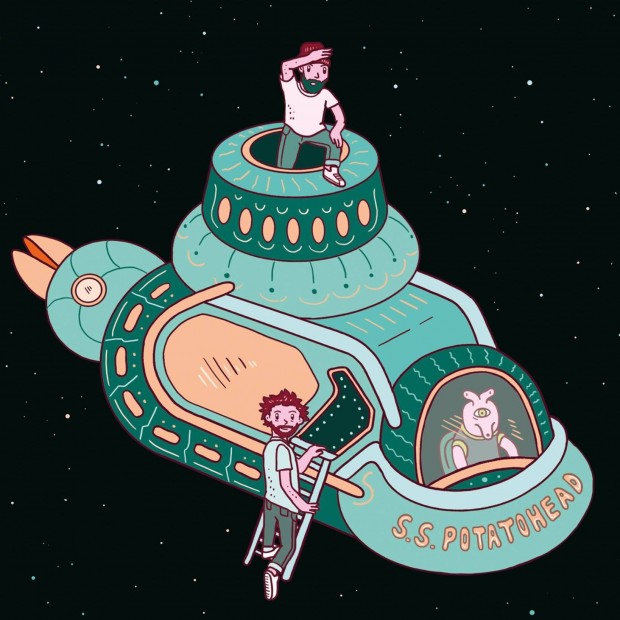 By AboutToBlow @AboutToBlowBlog · On April 6, 2018

Having first caught our ear back in 2014 with the seriously smooth and timeless ‘Explosives’ release with Dilla’s Jnr Illa-J, it wasn’t long until Vancouver production duo Nick Wisdom & AstroLogical – otherwise known as Potatohead People – became a mainstay in Dilla-loving Hip Hop lovers collections with the release of their debut LP ‘Big Luxury’. Combining the fundamentals of Hip-Hop instrumentation with Soul, Funk and Jazz, the pair’s penchant for an infectious, feelgood groove has seen their sound go on to be championed by the likes of Kaytranada, Soulection, Nightmares on Wax, Pomo, Exmag, Big Boi and the late, great Phife Dawg.

Featuring the soulful vocals of Scandinavian artist Nanna B who’s worked with the likes of Anderson. Paak and Mndsgn, Morning Sun fuses knocking drums with an infectious bassline and a soulful, sultry and dreamy hook from B, as the track breaks down with a trademark dose of twinkling keys that’ll leave you yearning for more.

Speaking on the tracks creation, Wisdom and AstroLogical explained “it’s one of our personal favourite songs on the album. The collaboration with Nanna.B was done over the internet (LA -> Canada), and we were blown away by what she sent us… amazing harmonies. Looking forward to working with her side by side in the future.”

If the first two cuts are anything to go by, this is an album you can ill-afford to miss.

Released on Friday April 4th, check out our exclusive premiere of ‘Morning Sun’ featuring Nanna B below.

‘Nick & Astro’s Guide To The Galaxy’ will be available worldwide on May 11th via Bastard Jazz. Go Pre-order that here.