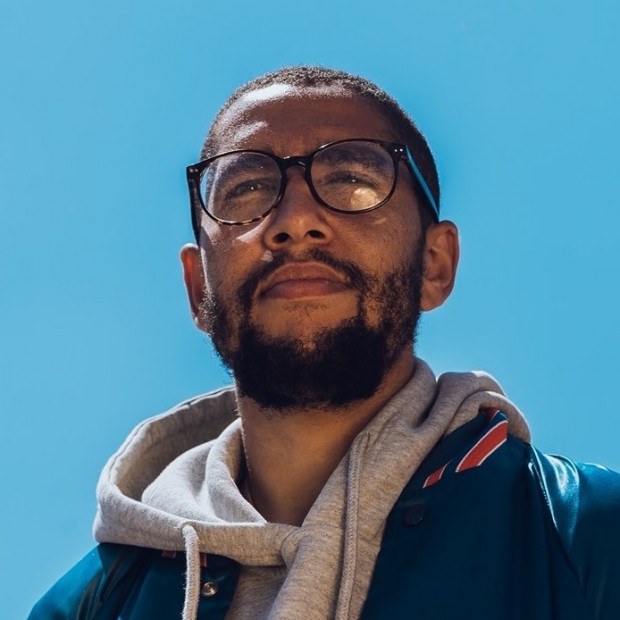 If you’re one of the longstanding About To Blow readers, the chances are you’ll be all too familiar with one of the brightest and finest beatmakers within the Electronic Soul diaspora, El. Train.

Hailing from the South Coat – Brighton to be exact – El Train (real name Luke Nyeke) in fact entered the About To Blow hall of fame with a legendary contribution to our Guest Mix Series back in 2014. Fast forward five years and the Brightonian has carved a colourful and proudly diverse discography that’s seen him travel to entirely different ends of the soulful spectrum, carving out a sound that’s sonically unpredictable, but unmistakably El. Train’s, at the same time.

Having released music on labels such as Laruche Records, Darker Than Wax, Jakarta Records as well as on his own label Shimmy Records, the dynamic producer has finally dropped his long awaited debut album Puzzles’, which showcases his crossover appeal in confident fashion. The project – which had been three years in the making – features a wealth of exciting collaborations with vocalists including UK MC’s Lord Apex and Cold Callers plus Miki Rose, Javeon, Cheree, Dirty Radio, Kudu Blue and Hezen.

With ‘Puzzles’ available now, we caught up with Luke to discuss his creative process and main inspirations, Brighton’s music scene, running his own label and other artists that he’s currently vibing with, and much more.

Hey Luke, thanks for speaking to us today – how is your year going so far?

Yeah, great thanks. So glad to finally have the album out and it feels like it’s been sunny every day since, so you can all thank me later!

Congrats on the release of your debut album ‘Puzzles’ – how long had you been working on that and when you decided to make it, did you set out at the beginning with who you wanted to work with or did it come naturally? What’s your favourite track?

Thank you. It was probably about 3 years ago that I decided to take a break from continuously putting out music and started thinking about pulling together a larger body of work. At the start of the process there was definitely a list of people that I really wanted to work with and I was very luckily to be able to bring some of them on board for the album.

I’d say my favourite track on the album is ‘She’ with Barney Artist. He’s one of my favourite rappers and it was such a privilege to get him on the project and also to have a chance to work on some stuff for his project.

What are the main inspirations behind your sound and album?

I always say my biggest inspiration are the Neptunes. Hearing their productions and also the first couple of NERD albums was what got me interested in production in the first place. Other artists that I think have had a big influence on my sounds are people like Kaytranada, J Dilla and all the amazing Motown records my parents used to listen to when I was growing up!

You started out as DJ, winning a DJ competition in South Africa, how did you get in to producing from DJing? Do you think it’s important to know both? Why in South Africa?

I actually started producing first and then saw DJ’ing as a way of playing my music out. The South Africa competition was something I saw my friend Murder He Wrote post about (as he had won it the year previously) and it gave me the opportunity to travel over there and play some shows, whilst also allowing me to make friends whom I still keep in touch with to this day!

You’re from Brighton – how would you describe the local music scene there and do you think that’s helped shape you in anyway?

The music scene in Brighton is pretty cool, but there’s not much of a scene for the music I make. I think the biggest thing that has helped shape my music is probably Soundcloud and the ability to find all these amazing new genres and tracks from all over the world. Not only is it possible to find great music but it’s made it possible to collaborate with people worldwide and I think that’s been huge in shaping my sound and music.

Tell us about your own label, Shimmy Records and what was the idea behind that? Are there any labels you follow to take inspiration from?

Yeah, so Shimmy Records was started as a way of giving artists that I love a bit of a larger platform, to try and get their music heard. Some of it was friends music and some from artists I’ve found digging through Soundcloud. Labels like HW&W, Fresh Selects and Brownswood are a few that I look at for inspiration when it comes to Shimmy.

Another Congrats on the launch of your Soho Radio residency! What’s the theme behind that and what will you be playing in the shows coming up?

Well I had been doing a show on local Brighton station Trickstar up until the end of last year which I really enjoyed and this is sort of a follow on from that. I’m going to be inviting some of my favourite singers/rappers on for interviews. Also there is a feature called Crossing Borders where we will inviting producers and DJ’s from around the world to shine a light on their local scene and artists from their area.

You’re considered to be a tastemaker in up and coming music, who have you got your eye on at the moment that you would really like to work with or can tip us on to watch?

Great question! I really love what Miraa May is doing right now, all the music she has put out so far has been amazing. There’s this Irish rapper called Kojaque who’s absolutely sick, would love to work with him for sure. No so much a new name but I’d love to work with Noname as well, huge fan of both of her albums.

What projects have you got coming up and where can fans expect to see you play this summer?

Just started to work on the next release, so that is in the very early stages, but you guys will know as soon as I have any news! Also, I’ve got my first ever El Train live show coming up towards the end of July, where I’m going to be playing the music with a full band, so I’m really excited about that!

El Train – Puzzles is out now on NxtGen Records – peep the sounds below.