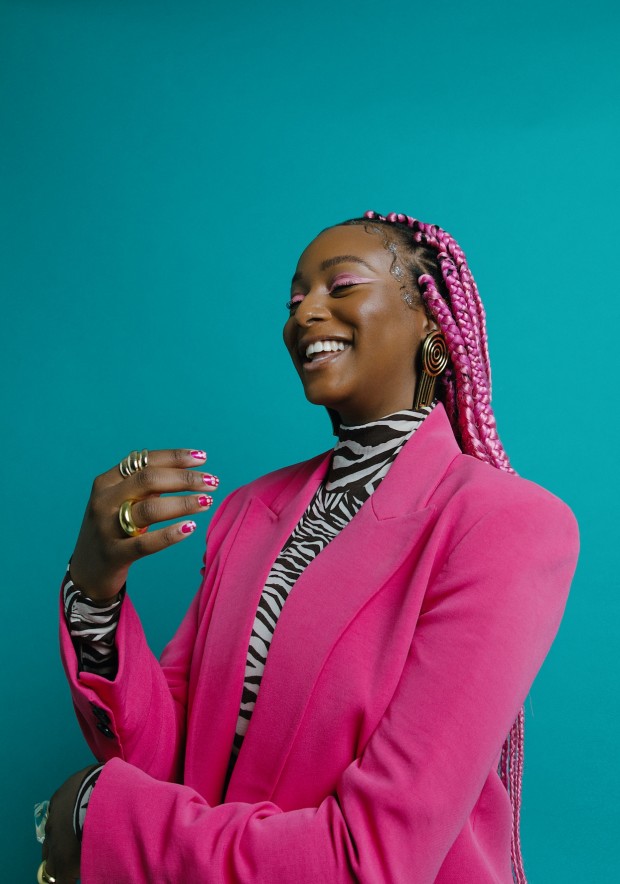 A smooth slice of Afro-pop, ‘Jollof On The Jet’ sees Cuppy, Rema and Rayvanny trade verses amidst a relaxed, sunkissed production.

Speaking about the collaboration, Cuppy says – “Working on this collaboration was so uplifting. Due to social-distancing, we didn’t actually record in the studio together, but the beat encapsulated all of us and I truly believe we have created a delicious masterpiece!”

With the release of her debut album ‘Original Copy’, Cuppy, aims to bring the duality of her life to the project. Due out on Cuppy’s independent imprint, Red Velvet Music Group distributed through Platoon, it sees Cuppy take the vocal reins on themes that range from independence to love lost and African pride over a afrobeats-meets-pop sonic bed that she calls: “neo-afrobeats”. ‘Original Copy’ is produced by Cuppy as well as Killertunes and Red Velvet Music Group signee, Bond.

Surrounding the release of ‘Original Copy’, Cuppy says - “I’m am OVER THE MOON to finally share the release date of my debut album, ‘Original Copy.’ It is time to share this piece of art with the world. This project has long been in the works and I wanted to perfect it. Even though my environment changed, it didn’t affect my creative position. This album is an amazing journey of twelve different records and a rollercoaster of emotions. The honest truth is I’m so proud of it. Remember, you were brought into this world as an Original, so don’t die a Copy”

Cuppy burst onto the scene in 2014 when she was selected as a DJ at the MTV Africa Music Awards, releasing her first compilation The House of Cuppy, which consisted of EDM-esque remixes of songs by leading afropop artists, soon after. She then embarked on her Cuppy Takes Africa Tour a year later which was filmed and a documentary series of the same name aired on Fox Life. Most recently, she collaborated with Zlatan on ‘Gelato’ and was called in for remix duty on Megan The Stallion’s ‘Fkn Around’.

An exciting, modern afro-pop jam, ‘Jollof On The Jet’ will no doubt enhance the excitement surrounding Cuppy’s forthcoming debut album even further.