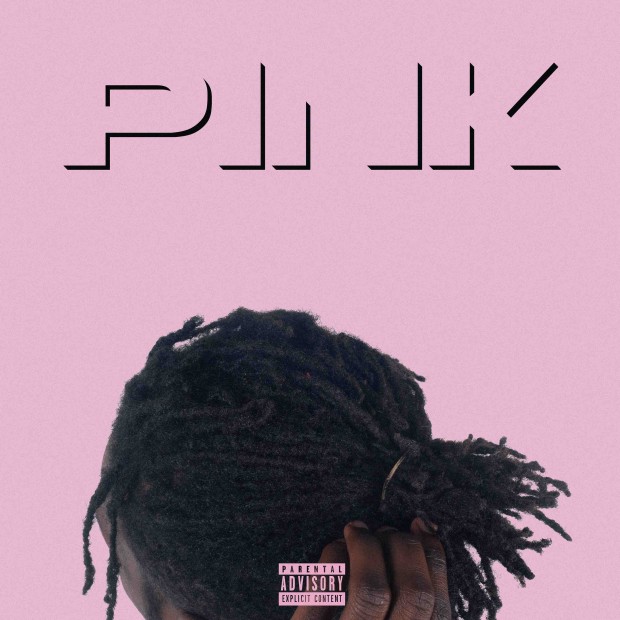 Who The Fxck Is Lancey Foux? [Feature]

By Antonio Infantino @antonioslimjim · On October 19, 2015

To be a successful rapper in the tech-age, it helps to be a little media savvy. Lancey Foux ticks a lot of the boxes in this regard; capitalized track titles, amusing twitter handle, wavy Instagram account etc. Everything is spot on, from his off-key lyrics to his clothes and album art-work. AND he replies to his fans!

After he initially retweeted my applauds to how good his album was, I asked Lancey whether we could get an interview with him and this happened: 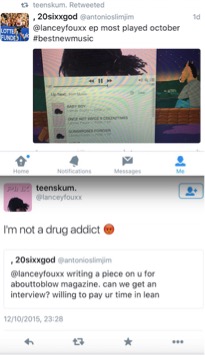 Of course, no one’s judging, but there’s a lot of big talk of recreational drug use on the album, misleading amirite?

‘Yes I am addicted to the lean with the sprite!

Yes I am prescripted fuck my lean up every night.’ – LF

Despite our minor twitter altercation, this is an artist I’m invested in. Carrying a raw sound and still a teenager, there’s potential to crack the US market and leapfrog what young UK artists like Section Boyz are doing so very well.

Foux told GRM Daily how he grew up listening to the likes of Crazy Titch and Ghetts, both also Newham residents, and hails Jamiroquai as a creative influence. There’s a lot of thought that’s gone in to the making of the artist; Foux clearly considers music videos, album artwork and production integral pieces to the artistry puzzle.

‘I want to be the complete artist – Not just a rapper…’

On his Writing process, Foux considers himself lacking as a writer and claims to freestyle a lot of his verses once he has a word that rhymes for the end of each line. This again draws parallels to artists like Young Thug, anti-literalist in their nature, and thriving in the gray areas of rap surrealism. There’s a gap in the market for a UK rap artist swaying from the Krept & Konan mainstream and delivering innovative rap tracks with catchy hooks and unstructured verses.

Whilst the hooks are often sung, there’s a clear London tone in Foux’s voice, Eyes Closed serves as an example of this, with Foux delivering a cockney-twang over his melodic chorus.

I’m trappin’ out the emails on my iphone

Said she never took a Xan I told her try doe

Drugs in my body and my eyes closed.’

There’s no weak tracks on this mixtape; from the distorted introduction to the EP’s closer, Foux goes hard in the paint. Standout tracks include Once Not Twice, Night and the infectious Baby Boy.

Foux’s audience is invited in to a world of reckless teen hood life. From the Freudian Drip Drip Splash to the confident GunsxRoses Forever, Foux delivers a flow with a buoyancy overshadowing a darker genuine truth behind his words. But every line is provided with complete self-assurance.

Cos they’re sick and they need to be cleaned

Tryna fuck every bitch on both sides of Thames’

Although young and inexperienced, Foux’s vocals transcend his non-cohesive rap style and it often doesn’t matter whether he’s rapping or singing, because his voice is strengthened, matured and clarified, as if this is already his third or fourth record.

Listen to the PINK EP via soundcloud below.