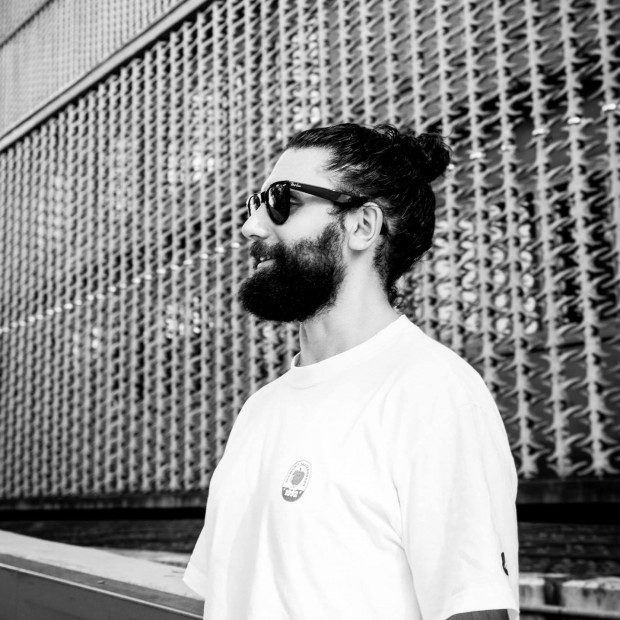 Get To Know: Carlo, The Co-Founder of Neovinyl Recordings Who Makes House Music From The Heart

In recent years it’s fair to say Spanish producer Carlo and the Neovinyl Recordings imprint he co-founded alongside Baldo has been primarily responsible for some of the most authentic, carefree and all-round feelgood house music you’re likely to come across.

Having dropped the labels first release a decade ago, the Andalucia-born, Berlin-residing has developed a deep and soulful strain of house music that would work perfectly on dancefloors in the early 90’s as much as it does on dancefloors worldwide today. Yet despite the Spaniard’s nimble and ever improving production portfolio, it’s his nimble hand and impeccable work behind the decks that’s seen his status as a supreme selector land him regular sets across Berlin as well as Barcelona and London as his sound continues to spread.

With a steady flow of releases and gigs on the horizon, it’s no surprise his Neovinyl label has flourished in tandem, earning supporters in Adam Port, Cinthie, Kassian, DJ Caspa and Seven Davis Jr to name a few, with releases coming from a core crew of talented producers, including Black Loops, Garrett David, Till Von Sein, Matthieu Faubourg, James Pepper and Sello, with the its ethos and mantra of believing in the aforementioned and consistently supporting their evolution, in turn enabling them to flourish and allowing the label to become one of the most acclaimed and revered, and rightly so.

Fresh off releasing ‘Where The Wild Beats Are’ this week, which includes warm and slick offerings from Carlo and Baldo as well as Chicago maestro Garrett David and the all-conquering Black Loops, we asked Carlo to put together a guest mix, who kindly obliged with a condensed version of what you’re likely to hear in one of his club sets, that’s draped in all the qualities thats made him such a revered name in Berlin and amongst the ever-growing fanbase of Neovinyl collectors. It’s full of fun loving summer jams that’s perfect for an afternoon outdoors session or for as a warm up for the night out itself.

What’s more, ahead of his set at Koffäin Open Air in Berlin on Saturday 8th June alongside Folamour, Dan Shake and Demuja, get to know a bit more about Carlo and his story in our interview below.

Hey Mikey, thanks for reaching out. You’re right, in the last two years I’ve been working a lot on new music and I’m pretty satisfied with the outcome.

When I first met Baldo Neovinyl was already born, we connected instantly and I joined the project at a very early stage. The main idea behind it was to have a platform to release our music as we did not have any connections to bigger labels and our music was not so good to spread around yet. I never thought about making a label, I just started as a new thing to learn out of it.

As history dawned, Andalucía’s rich resources and settled societies attracted seafaring traders from around the Mediterranean and this was shaping the open minded, happy and warm attitude we have nowadays.  My music is definitely shaped by the joy and friendliness from the people of our region and I feel very proud of having it reflected in our logo. When it comes to music, Flamenco is something really big in there. All the soul and heart artists put in this music is somehow what I try to reach when I start making my beats.

After so many years we’ve been changing the way we do select music for the label. In the first years we were releasing more music out of the demos we received and friends. Right now we don’t accept any more artists on board and we just want to focus with the group of artists we’ve been working for a while and see how far we can go all together as a team. 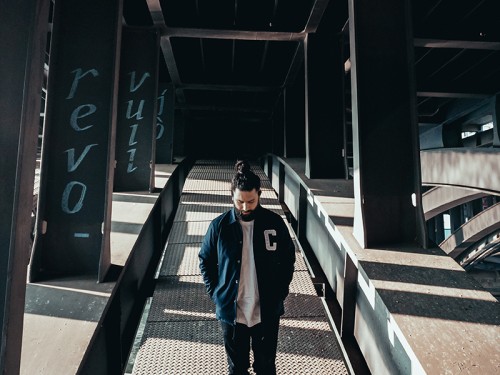 Of course I’m learning out of the best labels out there. I find really important to see what’s going on in the business and get new ideas from everywhere. I believe it is good to have influences but sometimes in the industry there are too many people following trends instead of creating new things. I always try to give our personal touch and find a twist to everything we do.

I get influenced from many different artists but I have been very impressed by people like Paul Johnson, Mathew Herbert, Axel Boman, Nick Holder to name a few.

I share the studio with Black loops and Ruff Stuff during the week, so I try to do all my email work when I don’t have the studio shifts. This way i can be fully focused on music when I’m the studio. Nevertheless this is a very delicate topic as sometimes it gets very messy and there are many last minute things you need to sort regardless where you are.

Berlin is a wonderful place to live in. You’re in a big european capital but you can still having some slow feelings of a small city. Specially for DJ´s and music lovers is a great place as you have many good clubs in the city and you can party almost every day of the week. Not to forget the record shops. It sounds cliche but there is nothing like Berlin when it comes to partying. Everyone knows each other and it’s a very familiar vibe.

For parties, I love the classic ones like IPSE, Watergate, Heideglühen, Panorama, Paloma and for playing I definitely enjoy a lot playing outside IPSE and the waterfloor of Watergate.

Believe it or not I struggle a lot in the studio. It’s very hard for me to produce tracks which I believe are good to be released. I think there are a lot of my colleagues who are much more talented and do a better job at the production side. On the other hand when it comes to playing I feel very safe and is definitely my strongest point. After so many years playing records I’m able to deliver a very special vision of my understanding of dance music and I love it.

My favorite place in the world is at one beach in Malaga where I first started playing records with my friends. We were doing small raves during summer nights to celebrate and playing in front of the see was priceless. Sadly this is prohibited today.

This summer I will be playing a lot in my residency at Koffain in IPSE with people like Folamour, Dan Shake, Demuja, Omar S, Secretsundaze and we will be throwing our bimonthly party at Watergate Circle Sessions with my boys Black Loops and Turkish. In August I will be visiting Barcelona for a Neovinyl Showcase at Razzmatazz and there are quite a few gigs in the pipeline to be announced.

On the production side I have a new remix upcoming on the London label Tessellatte,  a new EP on neovinyl and few EPs in the making, expect loads of new music after the summer.