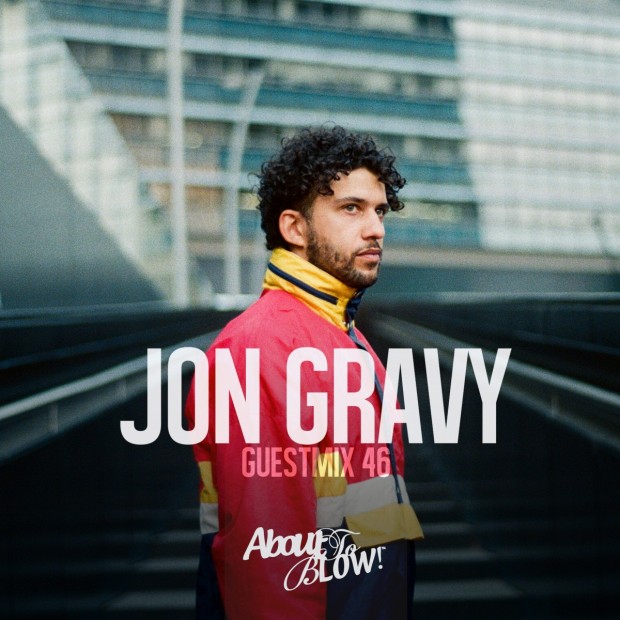 Get To Know: Jon Gravy, the Viennese producer embodying the best of house music

Felix B. Nowak, better known as Jon Gravy, is one of Austria’s many highly skilled but – until recently – little known musical talents.

A leading archetype of the thriving electronic underground scene of Vienna, the DJ and musician started producing at the early age of 17, inspired by the soul music of his fathers vinyl collection before absorbing the widespread sounds of J Dilla, it’s the feelgood element of his musical upbringing that’s created the framework for his sound that we – along with many others outside his native land have come to love over the last few years.

Creating the sort of a chunky, groove-ridden house productions akin to fellow Austrian Demuja, Gravy’s biggest inspirations today are Paul Johnson and Underground Resistance – legendary figures that have been paramount to the style of 808 and JV-1080 influenced house music that’s seen him release on Happiness Therapy, Gravy Trax, ForTunea and theBasementDisco’s in 2020 alone.

Having first come across ‘Told Me’, a dusty and hard-hitting flip of Jordan Rakei’s ‘Add the Bassline’ in 2018, Gravy’s penchant for adopting R&B-infused samples has seen track’s including (the Musiq Soulchild sampled) ‘Reach’ and ‘Walk This Rhythm’ on constant rotation, as the producer’s output and constant flow of releases in 2020 culminated in the drop of ‘X To Love’ in June – the Austrian’s excellent debut album, and on his very own Gravy Trax label – proving you don’t have to rely on brand reputations to gain exposure on a quality body of work.

Typically playing across the clubbing landscape of Vienna, Jon’s ever-increasing bookings have resulted in a sudden and frustrating stop whilst countries continue to deal with the consequences of COVID-19. In the midst of continued lockdown, About To Blow caught up with the producer – who also drops a beauty of a 60-minute mix for the guest mix series in the process – to learn more about his story, starting his own labels, Vienna’s music scene and the decision to release his debut album during lockdown.

Hey there, nice to be here. Quite up and down. Musical wise, for my access to music during lockdown I recognised I was listening to much more calm music than I usually do. Also I questioned my passion for music, because there are other more important things than music. Overall it was pretty tough, for us all I guess. But life goes on, so does music.

I had the idea of making an album about a year ago beginning of 2019. The time I realised I was taking different directions, producing music, it was clear for me that this is going to be my very first album. It contains inspirations from the past and also new refreshing ideas.

I always felt connected to soul music from my dad’s vinyl collection. From childhood till now, first it was pure soul music from the 70’s. Over time it evolved and I found musical connections from soul music within many different genres and ideas.

I’ve been doing music for around 10 years now. Overtime the setup changed, the vibe stayed haha.

There are more and more DJs around, but not everyone has the passion of creating music. So I would say you get respected by the scene when you do so. I think the venue doesn’t really matter too much, as long as the crowd is in a good mood. This can happen from small to big locations, so I would say it depends more on the party itself. If I had to choose a location it would be Grelle Forelle, for my taste it’s too much Techno going on, but in Vienna it has the biggest potential.

Good question, In general I would say everywhere. I always wanted to play in France and the UK. Music is a universal language and I would like to tell my story for people that can relate to it and have a good experience.

I have been to SA years ago and met my relatives there. I was a teenager and listening to rock music and it was my first time actively listening to house music (Kwaito) in SA. Years later I really got inspired by the CD I got as a present DJ Mandla – Jozi Knights Compilation.

Difficult to say. There are so many good tracks in this world, I would more say I really get inspired by the emotion. The time, situation and mood must fit perfectly to receive good inspiration. If I had to choose it would be Joe Zawinul, J Dilla and Paul Johnson.

I look for other artists that have released on the label. If there is a connection and they are doing their work properly, I am down to release something. Of course the demos also have to fit for the specific sound of the label, this I think is the hardest part.

Actually it was never my plan to do music or a label. I always did it and never questioned it. First it started with my project Jon Gravy, then DOS and I started Oatland St. (music blog), after that we stepped into Step Back Trax followed by our event series Super Motel 168.

In the electronic music scene it is pretty difficult to release an album on a label. Mostly big known labels are releasing albums and besides that every smaller label is releasing EPs. That’s why I founded Gravy Trax and released the album ‘X to Love’ myself.

Nearly every gig got canceled after the crisis. Now we all have to be patient and see what will happen. I definitely think people want to go out, so if we get a vaccine sometime, then I guess there will be a lot going on again. Release wise, I got 2 upcoming EPs in 2020.

Classic House and a bit of Booty and Breaks

‘X To Love’ – the debut album from Jon Gravy is out now on Gravy Trax – cop it via Beatport here.