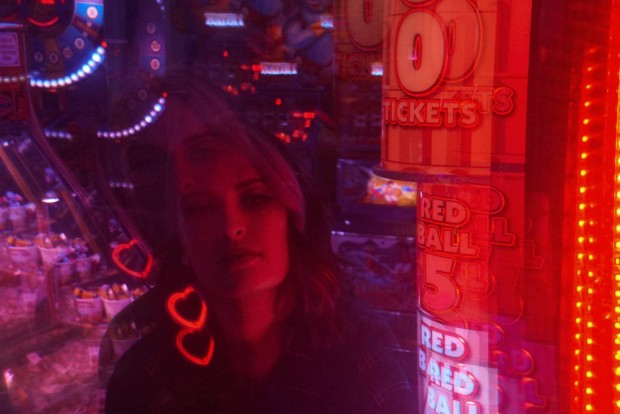 About To Blow Gets To Know: Bklava

Bklava is the exciting young DJ, producer and singer hailing from South London that you should have on your radar. With genre-defying sounds and rich cultural influences, the future is shaping up nicely for her. Having developed her skills in recent years playing with the likes of Annie Mac, M.O.A.D, Conducta and Roska whilst founding female and non-binary DJ platform Spin Suga, we caught up with her shortly after the release of her debut single ‘Cntrl’.

• Your style of DJing and singing is quite unique when did you decide to do them together?

I’ve been singing my whole life and DJing past 4/5 years now and I’ve always kept them quite separate I was always asked “so if you had to do one as your career, what would it be?” And that was something I thought about for ages until I just went, wait, why can’t I do both?

• Your heritage is very interesting has that played a part in your musical development?

Definitely. My parents both love dancing and that’s just been ingrained in me from a young age and the biggest pleasure I get from singing and DJing is making people feel something and dance.

• You just released your debut single ‘Cntrl’, how did the track come about?

Wookie had an idea and I just remember looping it until the hook just came out with the words. I was surprised at how quickly I wrote it and instantly thought yeah this is going to be a banger!

• What was it like working with garage legend Wookie?

Wookie is a genius when it comes to production so still feels insane to say I have a song with him.

• Do you have any more music in the pipeline?

Yep we’ve got songs ready to go and I’m getting really impatient because I want to release them all at once! But you’ll have to wait patiently with me xo

• You’ve supported the likes of Annie Mac, M.O.A.D, Conducta, Roska and more! What has been your favourite moments of your career so far?

I’d say supporting Annie Mac was a highlight because I’ve been a big supporter since I was 16 and if you told me that at 16, I would’ve said no waaaaaay.

• Can you tell us about your DJ platform Spin Suga?

So I’ve been running Spin Suga for 2 years now which originally began as a uni project interviewing female/non-binary djs/producers/promoters of all levels asking them questions about their careers and how they got into the world of music.

I wanted this to help inspire musicians/presenters/djs/producers to make the push into the industry and try to squash the gender imbalance- especially in the electronic world. Now I run it with henna and together we have done a run of panel talks/workshops/nights (last one was with Annie Mac!) and were so excited to see where the next year takes us.

• Lastly, can you tell us about a few artists you’re currently enjoying that should be on our radar?