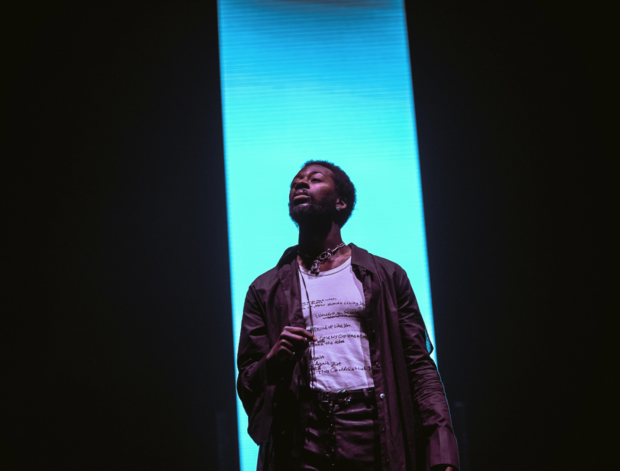 Goldlink live in London: Celebrating the Diaspora at a sold out Brixton Academy

By AboutToBlow @AboutToBlowBlog · On November 21, 2019

It’s fair to say DeAnthony Carlos, otherwise known by his stage name GoldLink, has come a long way in the span of just five years. Having swiftly claimed plaudits with the release of 2014’s ‘The God Complex’, a debut that gave us certified classics ‘Ay Ay’, ‘Bedtime Story’ and ‘When I Die’ amongst others, the rapper from the DMV has always had an innate ability to fuse genre’s and with that, watch his following develop from underground through to mainstream success.

Fast forward to November 2019 and with a Grammy nomination and three more albums in the bag, it’s Goldlink’s ability to navigate the ‘future bounce’ of his earlier work, to the harder raps of ‘At What’ Cost’, and come full circle by closing the gaps between rap, R&B, Afrobeats and Reggae fusion on 2019’s ‘Diaspora’. This is why we’ve come to love him, and why every London show he’s done to date has increased in venue size, in addition to selling out every time. 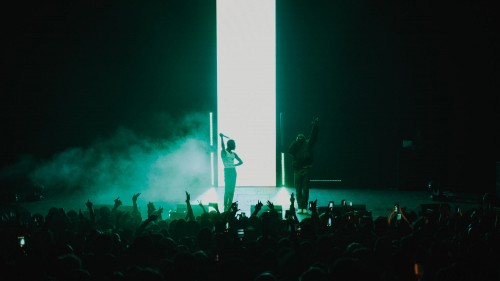 It’s a cold night but Brixton is just warming up as the Academy rapidly fills up, with London’s very own Juls (Baby) warming up the crowd as he weaves through a selection of hip-hop, afrobeats, dancehall and R&B, something we’ve come to expect from Goldlinks shows over the years. This is my fourth time seeing the Washington artist in concert, having seen him grow from XOYO, to Heaven, and most recently Electric Brixton. Having witnessed three different Goldlinks each time, the expectation around tonight’s show is without doubt the biggest yet. Make no mistake, ‘Diaspora’ is an album that’s quite simply, banger after banger, and considering his ability to whip the crowd into a frenzy at his live shows, this show is all set up to be his finest UK showcase yet.

Dissecting ‘Diaspora’, considering Jay Prince, Juls and Haile of WSTRN’s significant contributions, there’s not many cities outside the DMV he can claim to be so closely connected to. London has always rode out for Goldlink, and considering the amount of time he spends in the city, it appears to have become something of a second home in recent times. With that being said, when Goldlink hits the stage and the chords of “Joke Ting” begin to ring out, the night’s celebrations are immediately underway as the screams begin and dance-pits begin to appear. 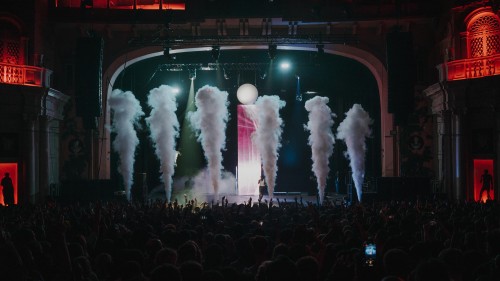 The rest of the set navigates, as expected, largely through Diaspora’s many great moments, with the raucous beats of ‘Maniac’ and ‘Pray Everyday’ turning the crowd into a frenzy, and surprise appearances from Haile for ‘Yard’ and Jay Prince from the soon-to-be-classic ‘You Say’ exhibiting just how perfectly the album weaved through so many genres and the rappers anchor-like ability to integrate so effortlessly between them all.

Surprise guests in the mould of A2 also appear as renditions of ‘Days Like This’ and ‘Cokewhite’ sit alongside classics such as ‘Meditation’ and ‘Late Night’, but as the Grammy-nominated ‘Crew’ brings the night to an abrupt close, there’s a surprise amongst the audience that at just over 40 minutes, we’re not treated to an encore, and other crowd favourites in ‘Spanish Song’, ‘Spectrum’ or ‘Got Muscle’, as the night’s hasty close proves his comedic persona coupled with his diversity and dynamism remains as impressively unique today as it is unrivalled. Right now we’re witnessing an artist very much at the top of his game, and we can’t wait for his next move. 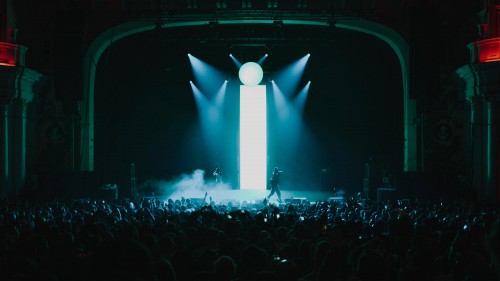