The Grenfell Tower Rooftop Fundaiser: How London Came Together for Those Affected [Event Review]

Hardly in my lifetime can I remember a tragedy that has shaken the UK to its core in the way that the Grenfell Tower disaster has. Yet, stood in Dalston Roof Park on Thursday evening, I was filled with a profound sense of hope. I was struck, not for the first time in recent months, by the empathy and compassion of people in the UK to rush to the side of those afflicted.

The aftermath of the disaster has seen two distinct reactions. Firstly, justifiable anger towards those in power at just how this could have been allowed to happen. It is no secret that a movement has been brewing against the political elite, who have consistently ignored the voice of the masses for almost a two decades, but this is a topic for another day. I want to focus more on the huge wave of support and solidarity for the victims of the tragedy.

Both in the immediate aftermath and since, people have been doing anything they can do raise money and awareness for the victims. 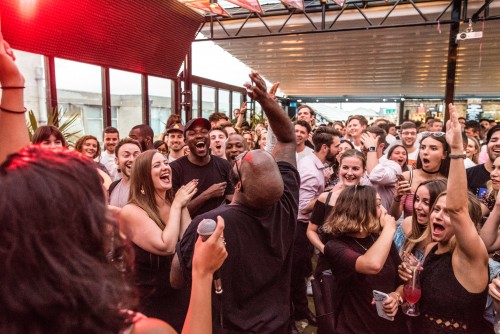 It was with this aim that a fundraiser was set up by Rinse FM’s Jyoty to take place on the evening of 22nd June at Dalston Roof Park. George Fitzgerald, Henry Wu, K15, ABSOLUTE, Fall Up and Bok Bok, all of whom have strong links to London, were billed to play and all proceeds were to go directly to the victims of the Grenfell Tower tragedy.

Music has long been at the forefront of such efforts. It was demonstrated on a much grander scale by Arianna Grande’s One Love concert in the wake of the Manchester attack. However, potentially down to its relative size, what made this night so amazing was the atmosphere and community feel. From the start to the very end, this fundraiser felt like a grass-roots effort to stand together with the victims of the sickening blaze. 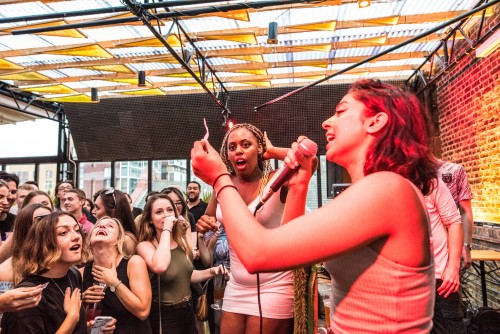 In terms of the music, the diversity of London and in particular its electronic music scene shone through. All of the DJs booked showcased differing musical nuances. George Fitzgerald, arguably the most recognisable name on the bill, played a set that explored different tenets of house music. He was followed by Henry Wu, who, in a typically eclectic fashion, played hip-hop, disco and anything in between. Bok Bok closed the event, with an hour of punchy bass music, played to a packed dance floor, brimming with adoration. 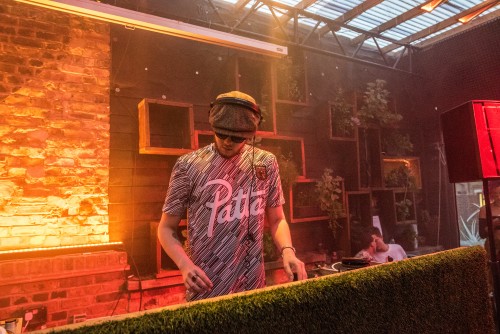 As well as the musical talent that was showcased, there was also a raffle where a wealth of top prizes were given away. Tickets to Dimensions and Outlook, guest list spots for Elrow, Drumcode and XOYO nights and a variety of streetwear garms were all given away to lucky ticket holders. The calibre of prizes on offer is testament to the generosity and benevolence of those involved, all of whom deserve a massive amount of credit.

Yet, events like these cannot take place without people actually paying the admission and attending. Such was the positive reaction to the fundraiser that the limited tickets were quickly snapped up and the organisers were unable to offer more on the door.

I would like to take this opportunity to say a massive thank you to Jyoty and the other organisers. The Grenfell Tower fundraiser raised over a whopping £6,000 for the victims of the tragedy. This would not have been possible without your hard work, dedication and kindness. In an era where, generationally and politically, the U.K. has never felt more divided, this event highlighted, once again, that no matter what we are faced with, we will stand united and help one another through.