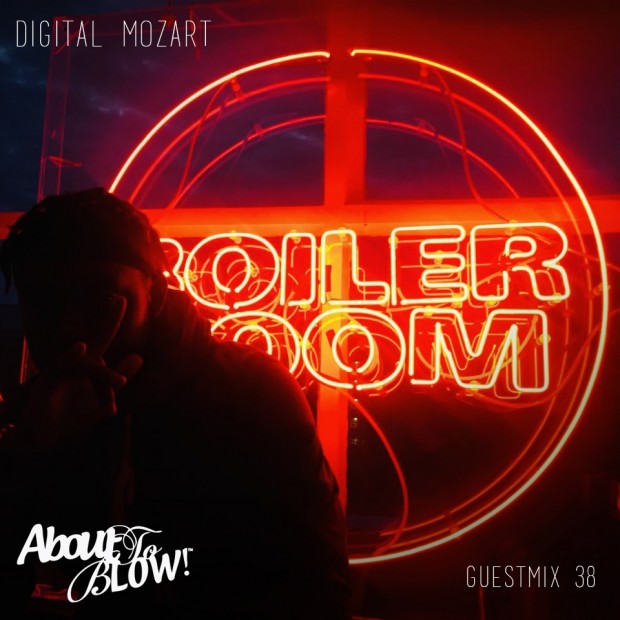 With a new year comes new resolutions, new goals and in our case, new sounds as we’re hyped to bring you our first guest mix for what promises to be an exciting year not just for us here at About To Blow, but for the talented artists we’re profiling in the series also.

Kicking things off for 2019 in typically diverse and boundary-free fashion we have prolific London producer and TreeHouse affiliate Digital Mozart, who’s penchant for futuristic soundscapes has seen him become one of the most dependable beatmakers in the game.

One of the original’s to emerge from the birth of future beats and soulful trap sounds, the East Londoner earned plaudits for his Asian-influenced productions including 2014’s ‘Just Wanna Be’ and 2015’s ‘Kasumi Suzaku’, before flexing his skills in the self-proclaimed ‘Neo-Garage’ world with the amazing ‘Shibuya Terminal’ and ‘Do Not Disturb Mode’ to round off a successful 2018.

Ahead of his set at central London nightspot Borderline alongside Soulection’s Brazilian duo DKVPZ next month, ‘Digi’ was kind enough to bless us with a quickfire guest mix that is reflective of his reputation, as he brings a range of dreamy melodies, subtle grooves, dubstep-inspired beats to the fore and fuses them together in seamless fashion.

Peep the sounds (and the tracklist) below.