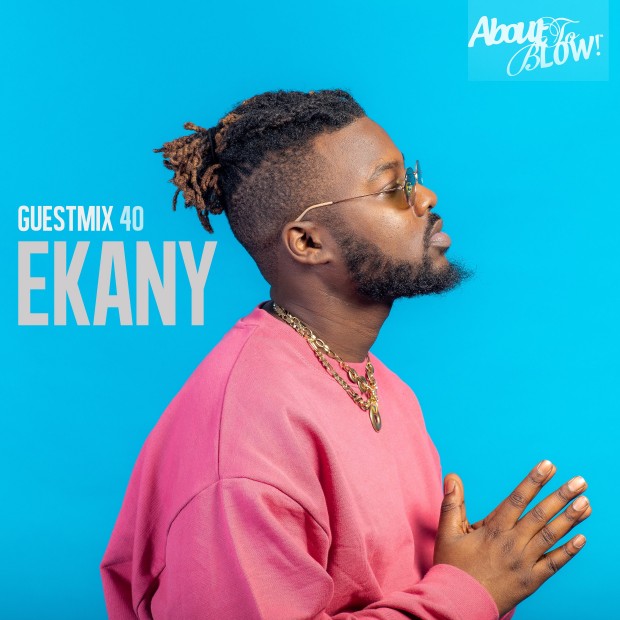 By all accounts, Brussels-based EKANY has many strings to his musical bow.

Known to most as the man behind some of the most diverse and unpredictable edits in the Soundcloud scene, the producer is also a DJ, producer, radio host and at the forefront of pushing and showcasing musical talent coming out of his home country, Belgium.

Having first caught our ears with the subtle reworking of SPZRKT and Sango’s timeless ‘How Do You Love Me’, Ekany’s penchant for fusing sounds from across genre’s has seen him become one of the most prolific producers in recent years, with his ‘Secret Gems’ account on Soundcloud becoming a playlist-staple, with tracks like the excellent Internet flip ‘Under Control’ and Goldlink’s ‘Xplosive Crew’ being supported by the likes of Soulection in the process.

Having recently dropped the excellent 20/20 EP alongside fellow Brussels rapper Eddy Ape, the 23 year olds determination to put Belgium on the map hasn’t gone unnoticed, with more DJ sets and his boundary-free ‘Buddha Radio’ series further reinforcing his place as one of the hottest talents to come out of the future beats boom in recent years.

In typical Ekany fashion, he’s delivered a 45-minute melting pot of a mix that seamlessly weaves and blends afrobeats with house, hip-hop, UK Garage and of course a heavy dose of Ekany edits, both old and new. Perfect as a soundtrack whilst chilling or getting ready for a night out, this mix has made its way in to our all-time favourite list from the series in the process.

Peep the sounds below, and get to know the man whilst you listen as we sat down to uncover everything from his upbringing, inspirations, production techniques and what’s to come via our chat below.

Every year I have something I can take away from it that has made me grow as an artist. In 2018 I had set a few goals for myself and have reached quite a few but there’s definitely more I’d like to accomplish.

I was born and raised in Brussels by African parents. I obviously had the western influence on me with things like hip hop, or house music but then home my dad would often play African music and world music. Later on with Internet, and obviously to have the most poppin MP3 player playlist in school, I also found myself searching for lots of music or discovering many different artist and styles on my own.

I’ve been producing for about 3 years now as EKANY and before that I only dabbled into djying. My set up is actually pretty simple. I use Ableton Live along with a simple midi keyboard on my Macbook.

Just like my influences, my favourite genres really differ. I like to try to incorporate as much as I love in one production, ranging from afrobeats, to hip hop to house music to jazz and much more.

My favorite producers have always been the one that seems to be super diverse in their style. A few are Pharrell Williams, Timbaland, Kanye West, 9th Wonder, Swizz Beatz, …

I’ve been inspired by so many artists. Especially by the producers I named in the last question and so many more.. The scene inspires me more than a single artist. Right now my dream collab would be Kendrick Lamar, J.cole, Pharell Williams, Kanye West

Buddha Radio is for me a way to express myself musically but on another platform. Many may not know that I also mix and I wanted to showcase that along with some of the music I’m vibing to at the moment. Unfortunately with everything im doing I sometimes don’t get to it like I should.

Eddy Ape is very good homie of mine with who I collab on events with in the past. Him having a party in Brussels that centers around hip hop and future beats,I got booked to his many events and that’s where we first linked up. Later on finding out we vibed really well on the music I played and later on in the studio.   I encourage everyone to go and listen to the project!


I had not planned a mix in particular for this one and really wanted to have a bit of fun. With spring right around the corner here are some warm and summery vibes.