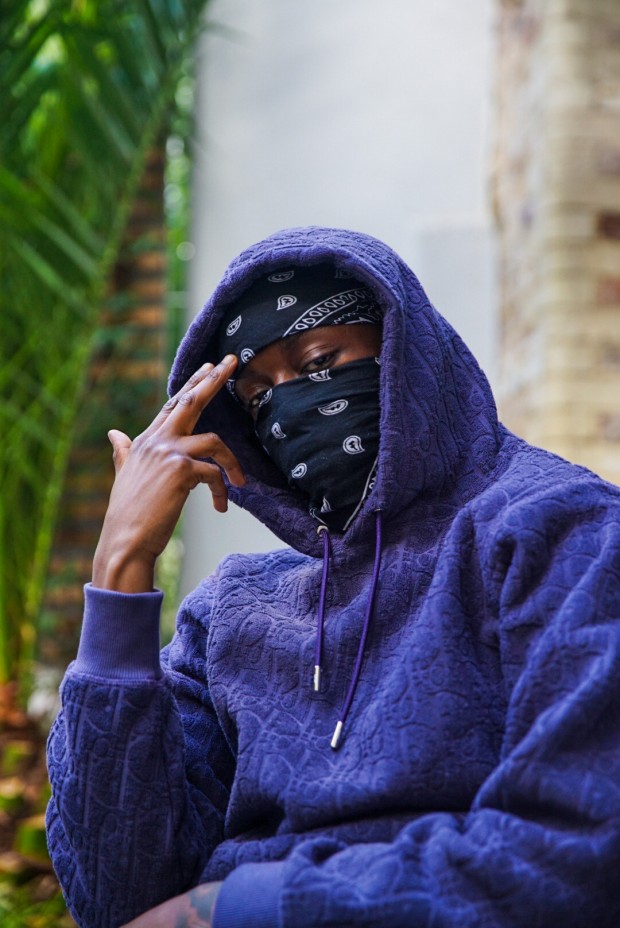 South London drill talent Kwengface is back! Unveiling a diverse double-single in the shape of ‘Runtz / Oh My’.

First up, ‘Runtz’ sees Kwengface offload effortless, hard-hitting bars amidst a suitably dark-and-menacing drill beat. Continuing with this vibe, ‘Oh My’ is a more energetic affair, propelled by a futuristic production. Born to Ghanaian parents, the accompanying official video was shot in Accra, Ghana earlier this year, taking the Peckham-based MC back to his roots and expertly captures the vibrancy of the music. Both tracks will feature on his forthcoming project, with more details soon to be revealed.

Much loved for his uncompromising, in-your-face bars, Kwengface is best known as being a member of Peckham Boys, the South East London collective pushing the boundaries of drill. He has released a steady stream of acclaimed tracks over the past couple of years, including collaborations with the likes of Backroad Gee and Swarmz, culminating in the release of his acclaimed debut album YPB: Tha Come Up, an LP that has racked up an impressive 20 million combined audio streams and 8 million combined video views.

Going from strength to strength over the last couple of years, his debut Daily Duppy was the #1 video in the UK for ten days, his Fumez The Engineer ‘Plugged In’ session went viral on TikTok early last year and remains one of the most reactive ‘Plugged In’ session to date, while he even got a shout-out from Ed Sheeran on the radio and by Skepta during his own ‘Plugged In’ performance. More recently, he became the first UK artist to deliver a freestyle performance for New York platform On The Radar in January, while he is set to link up with Ed Sheeran again on an upcoming Fumez The Engineer track, as his streaming numbers continue to grow consistently.

‘Runtz / Oh My’ are tracks that illustrate Kwengface at his cold, clinical best.