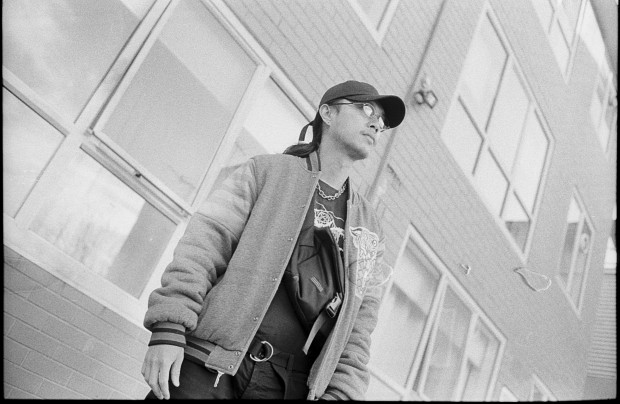 About To Blow Meets: Jia-Lih

By AboutToBlow @AboutToBlowBlog · On December 12, 2017

ARIA-nominated Producer Jia Lih (aka Alex JL Hiew) has unveiled his debut track ‘Keep Talking’ following a wealth of previous production experience, working on Troye Sivan’s chart-topping releases ‘Youth’ and ‘Wild.’ About to Blow sat down to talk to him about working with Hopium, the vocalist famed for his highly acclaimed track ‘Dreamers’ and being nominated for an ARIA (Australian Recording Industry Association) ‘Producer of the Year’ Award having spent​ ​the​ ​last couple of years​ ​producing​ ​for​ ​some​ ​of​ ​the​ ​biggest​ ​names​ ​in​ ​the​ ​industry, including Ruel, M-Phazes,​ ​and Tkay​ ​Maidza​.

‘Keep Talking’ is your debut, solo track release. What made you want to release a solo project?

‘Keep Talking’ is not my debut solo release per se. I have released a few singles before, but ‘Keep Talking’ is the first one in a long list of more frequent music that I plan to release in the coming years. With this solo project, I feel that I have more control over the music and the creative process. It also almost like it represents different stages of my life.

Vocalist Hopium features on the track. How did this collaboration come about?

I met Hopium about 2 years ago, when I relocated to Melbourne from Perth. I had heard of Hopium’s music before we met – always thought he’s got the sauce. I met up with him for a writing session at the studio and I was just playing him ideas and he caught a vibe with this beat. From there, we put in work and it became ‘Keep Talking’.

The track really represents your roots with House music. Tell us a bit about the creative process.

I would say my roots are closer to Hip Hop/ R&B than to House Music, if I had to put things into categories. I do like House Music though. So with the creative process for ‘Keep Talking’, I basically started jamming on the keys and laid down a simple/ minimal idea. Always thought the beat had a vibe in it, that’s why when I was in the studio with Hopium – I just had to play it to him. From there, Hopium came up with different melodies and we wrote lyrics to it. After that, I spent quite some time tweaking and finishing the production. We thought it’d be dope to make a ‘club edit’ of the song to give it more energy and a different vibe. So I took Hopium’s vocals and produced a darker/ heavier version of ‘Keep Talking’.

What differences, if any, did you notice when producing the track, knowing that it was your own and not for someone else?

To be honest, when I initially came up with the idea, it was pretty much the same as when I’m producing for other artists. It’s when I decided that this would be my own, that I started spending a lot more time making it the way I wanted it to be. I would not listen to it for a while and then come back to it to see if I still felt the same towards the song and then made changes from there.

Your career has seen you produce for the likes of Ruel, M-Phazes, and Tkay Maidza. Moving forward, who would be your top three artists to work with?

Hmm… I have a lot of artists I’d want to work with. But if I had to pick three it would probably be, Gaika, Wiley and Kelela.

What or who do you draw influence from?

I try to listen to different type of music and artists. I think my vibe, influences the way I make music. I like to listen to older music as well, it gives me certain feels with certain songs.

Congratulations on your ARIA nomination. Being an Australian writer and producer, how did it feel for your work to be recognised?

Thank you! I remember feeling great, seeing it was from my first placement working with a major label artist.

With several up and coming artists being tipped to look out for in 2018, who are you listening to at the moment?

Recently I’ve been listening to Kelela although she’s quite a huge deal now. I also really vibe Hitmakerchinx and Trevor Daniel.

What have been some of your highlights for 2017?

Highlights for me would be the release of ‘Keep Talking’ and it being added to Triple J’s spot rotation. I also bought some bitcoin.

You can expect a bunch of new music coming out early 2018. Hopefully you will see me performing more shows in the coming year also.