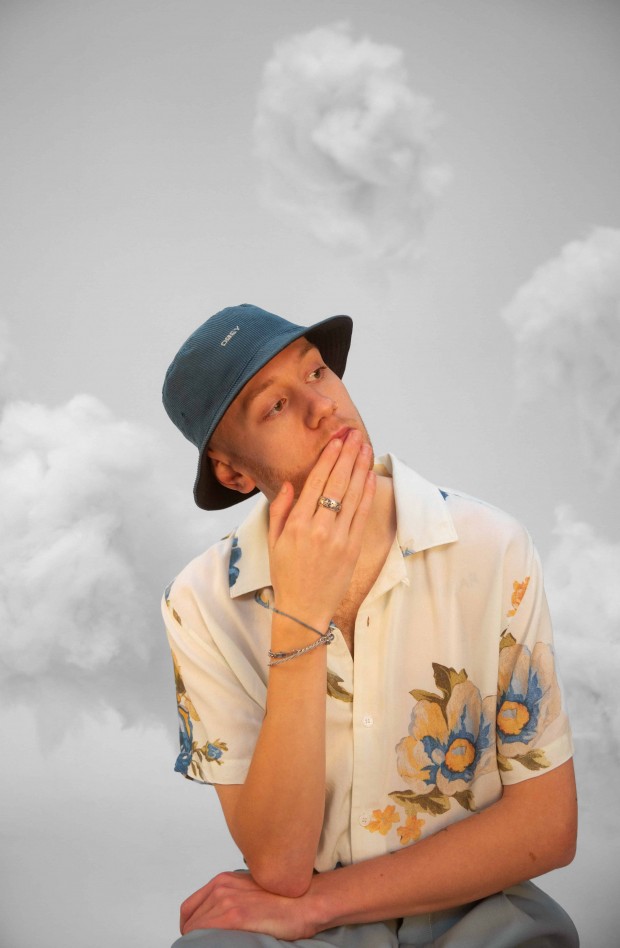 Miller Blue returns with soulful new single ‘Me, Myself & I’

Genre-bending polymath Miller Blue kicks off 2021 with new single ‘Me, Myself & I’, out now alongside an accompanying music video. Announcing itself with an irresistible jazz trumpet, ‘Me, Myself & I’ is a reflective single that sees Miller examine his personal situation in the face of lockdown-induced social isolation. Pairing blissed-out production with the East London artist’s trademark soulful vocals, the track was co-produced by Ahwlee who has previously worked with the likes of MNDSGN. It marks his first release of the new year and follows on from Sunflower, the acclaimed EP described by Clash as“the perfect escape”. “This one came during a period of intense isolation,” Miller explains. “Being forced to stay inside and away from others was a struggle for me in many ways but ultimately helped pave the way towards a deeper stint of self exploration in a way I’d never experienced before. This song discusses some of these observations made about both myself and the world during this time.” Shot in the Chinatown area of downtown Toronto as well as a beach in the same city, the visual sees two versions of a male character’s mind; representing the human spirit and its darker side of the battle during lockdown, one being conscious and the other unconscious. Miller describes the video as “embodying the mental pitfalls of humanity through his physicality… we watch him battle his way through his mind until he reaches a state of serenity and overcomes his inner struggle, bringing back his joyous state to the surface”. ‘Me, Myself & I’ is the first single release from Miller’s forthcoming project The Tree Of Tenéré, out later this year. Inspired by the current state of the world, the next chapter of Miller’s story is set to be written. “I wanted [the project] to really reflect the isolation we’ve literally all been in,” he explains, “as well as how we’ve had to, internally, find the energy with our own roots to find our life as opposed to looking for it elsewhere. The intro shows world events, then it just moves through this process of me, trying to understand myself, learning self-love.” Drawing inspiration from Frank Ocean, James Blake and Chet Faker, Miller’s dreamy fusion of soul, R&B and electronica has been supported by BBC Radio 1 & 1Xtra tastemakers DJ Target, Huw Stephens, Phil Taggart and Jamz Supernova, and has seen him perform across renowned London venues Servant Jazz Quarters, Colors Hoxton and Old Blue Last. Amassing upward of 7 million combined Spotify streams, he has received support across some of the streaming platforms biggest playlists including Sweet Soul Sunday, Alternative RnB, Soultronic and UK RnB. After a brief hiatus, ‘Me, Myself & I’ sees Miller Blue hit the ground running ahead of what promises to be his biggest project yet.