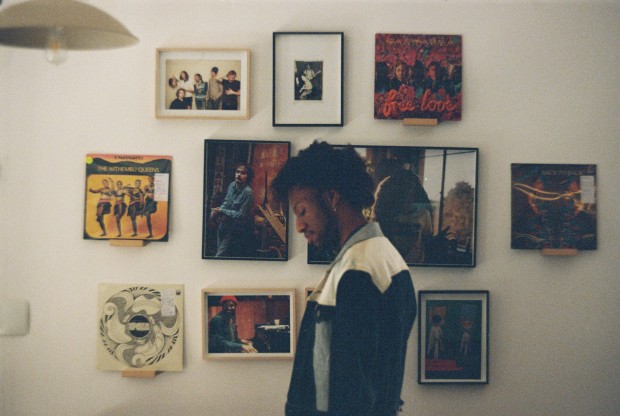 A rousing, soul-drenched ballad punctuated by Moonga’s impassioned vocals, ‘black, free & beautiful’ is an infectious track with a powerful sociopolitical message at its heart. It marks the first single release from his forthcoming EP CANDID, a record that incorporates elements of soul, funk, contemporary R&B, rap and more.

“I wrote this song after watching the penultimate episode of Lovecraft Country which was a visceral re-telling of the Tulsa Massacre,” Moonga K. explains. “Just like any showcase of black trauma that every black person engages with, I was filled with rage and sadness, and I was extremely triggered. I had a studio session the day after with Greg, and on the bus ride to the studio, I was hit with the chorus melody and it was relentlessly playing in my head so I buried myself in my hoodie to record a voice memo just in case I wouldn’t forget. As soon as I got to the studio, I sent Greg the recording and while he was coming up with the drum loop, I just kept writing and writing, and in thirty minutes the entire song was written.

He continues: “I was channelling all that rage in me to write something I never thought I was capable of, even though I engage in those conversations a lot, but to sing them was such a different experience. ‘black, free & beautiful’ is an affirmation that I was raised to tell myself and something I aspire to always be, and it is a song that I hope all black people can resonate with and feel empowered with against the never-ending white gaze. So much of my experience as an artist is becoming familiar with my history and the culture of people who look and live like me. Showing ALL of our community and its beauty, and its ugliness and trauma and magic, and how we deal with all of this. This song is something to add to the conversations of racial reckoning on a global scale, but also a moment to groove and dance like we’re on Soul Train.”

What’s more, the outfit worn on the cover art – a mix of Soultrain nostalgia with a 70s twist in keeping with the song’s theme – was specially created in partnership with Levi’s South Africa’s Levi’s Haus Africa and constructed completely out of denim. Angela Weickl, culture and network magazine for Haus Africa, commented on the project, “When met with the challenge to create a one-of-a-kind outfit for Moonga K, the Haus Africa team took inspiration from Prince and channelled that energy into a genderless and timeless look, customized and tailored perfectly for him.”

Zambia-born, Botswana-raised and Johannesburg-based, Moonga K. describes himself as “an artist and activist from the future sent here to disrupt the status quo”. With a sound as fluid as his identity, he delivers poignant lyricism, emotive melodies, textured interiority and authentic social activism, while speaking openly about toxic masculinity, racial injustice and mental well-being.