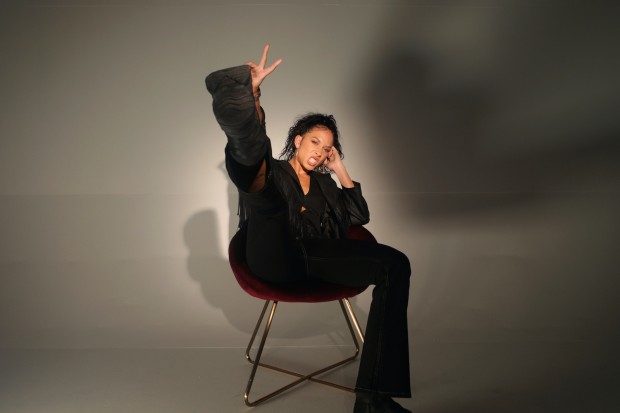 UK singer-songwriter Morgan Munroe tops off a landmark year with the release of her long awaited new EP ‘Layers 0.5’, out 13th November.

A five-track release, ‘Layers 0.5’ opens with recent singles ‘Mama Taught Me’, a seductive cut produced by London-based artist Ruby Francis, and the unapologetic ‘Who The [email protected]#*’, which explores themes of empowerment, self-worth and female independence. Next up, the EP’s focus track ‘Take Me Home’ is a passionate ballad featuring fellow UK soulstress and Soulection favourite Emmavie.

“You know that guy who your friends with and you both like each other but neither of you wanna make the first move so you just throw each other signs hoping the other will do something and sometimes you might even think it’s gonna happen but it never actually does?” Morgan says of the track. “Yeah this song’s about that guy. P.S. Emmavie is so lit.”

Closing things out, ‘Lost And Found’ is the record’s most solemn track, a poignant love song that allows Morgan’s soaring vocals to take centre stage, before ‘You Get Me’, produced by Leeds-born artist Paya Beats, channels a soul-drenched lo-fi house vibe.

“All of these songs are written from true and  personal experiences,” Morgan explains. “Five songs that show five different layers to me, musically and personally. It was actually available in a different format last year but I reached out to a few producers that I liked to see if they could reproduce some of the songs and it elevated the project, turned out so sick!”

Hailing from Leicester, Morgan first emerged onto the scene last year when she lent her vocals to ‘Last Night’, the Kamakaze single that featured on the FIFA 20 soundtrack and has since racked up 4 million views. This year she has taken full advantage of the lockdown period, participating and winning Instagram Live competitions by #HardestBars (twice) and Stefflon Don / Pretty Little Things, as well as being a highlight on DJ Target’s ‘BBC 1Xtra Instagram Live’. She then won £7500-worth of home studio equipment in an SBTV competition, which she later used to record her most recent EP ‘Stay Home Studio Vol. 1’.

A stunning and diverse collection of tracks, ‘Layers 0.5’ is Morgan Munroe’s most accomplished release to date.