By AboutToBlow @AboutToBlowBlog · On September 20, 2011
If 2011 is accountable for one resurgence it should be the year remembered for the rebirth of House or more specifically, UK Garage. The sound curated by the likes of DJ Luck & MC Neat, Artful Dodger & Shola Ama was at the forefront of dancefloor’s over a decade ago and eventually birthed the styles that have defined the 21st Century with Bassline, Grime, UK Funky & Dubstep all indebt to the original sound of the Underground. Yet with many fads or sub-genre’s its time as the ‘In-thing’ is normally short lived no matter how big the scene is at its peak but with Garage now experiencing somewhat of a second coming it proves the makings are there for a sound to come back into fashion. 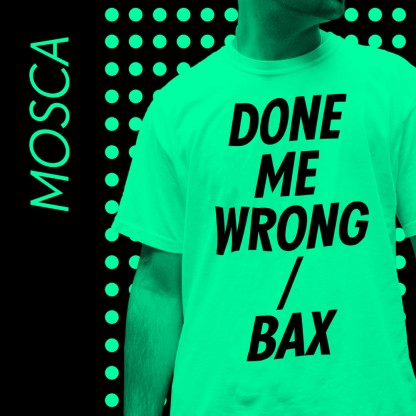 With Garage, one of the crucial factors to its revival resonates back to producers who orginally supported the scene in its heyday, where Garage Grandfathers like Mike Delinquent & Todd Edwards have refused to turn their backs on the movement and continue to bring out new material which, suprise suprise, is now being rewarded with prime time plays across heavyweight Radio Stations like Radio 1, 1Xtra, Kiss & Choice FM to name a few.

Alongside the original Garage protagonists arguably the key element to its current popularity comes from this years most sought-after Turntablists digging out those old records and blending them with current House, Electro & Dancehall in a manner that makes them feel as fresh as they were back in 2000. Toddla T, Mistajam, Roska, Oneman, Jackmaster, Lil Silva, Diplo and Annie Mac are just a few who do little to hide there love for infectious Basslines but where we thought SBTRKT may have taken the crown for ‘Biggest Garage Track of the Year’ with “Living Like I Do“, London’s Mosca has released a mammoth B-Side that has brought the Genre back into the A-List.

Bax is a track with a deep house vibe that you may have heard creeping into Clubland over the past month. Its infectious, simple blend of piano and bass is an undoubted throwback to that original Garage sound and has been getting a big heap of love from Djs & Producers alike for its inexcusable flow.

Released through Jackmaster’s masterful label Numbers as a b-side to “Done Me Wrong” this week, the buzz has already begun for Mosca’s next release.

In the meantime here’s to hoping this marks the start of a credible revival and be prepared for when this drops at your local nightspot, its likely limbs will fly.