By AboutToBlow @AboutToBlowBlog · On November 7, 2017

Set to return to the stunning Mediterranean island of Malta for its fourth edition, Annie Mac Presents Lost & Found has announced names for its 2018 line-up which will take place during the first UK bank holiday weekend in May. Kicking things off as the first festival of the summer season, Lost & Found will offer 4 days and 4 nights of unique parties held across pools, boats, castles and an incredible outdoor nighttime festival site, with confirmed headliners including Diplo, Jamie XX, Four Tet, J Hus and event curator Annie Mac. The varied bill will also bring together an eclectic mix of AMP’s close friends and family as well as a slew of exciting breakthrough artists, spanning across a wealth of genres from house and techno through to grime and bass.

Having been at the heart of Malta’s growing reputation as a clubbing destination since its inception back in 2015, the picturesque setting of the island has grown to become the ideal party destination for music fans seeking sun, sea and affordability. This year’s edition will also see the weekender take place at the later date of early May, ensuring soaring temperatures for party goers looking to top up their tan, with evening events taking place at a closeby AMP Lost & Found festival site. 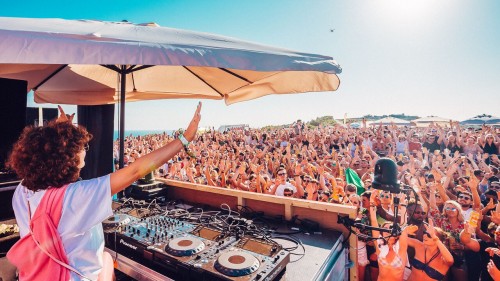 Welcoming in the summer season, AMP Lost & Found 2018 will be sure to serve as one of the hottest tickets on the festival calendar. A range of recommended hotel options are available from at little as £15 per person per night, whilst flight and hotel packages can be booked for under £300 for a 4-night trip, and are all available from the official festival travel partner, Choice Holidays.