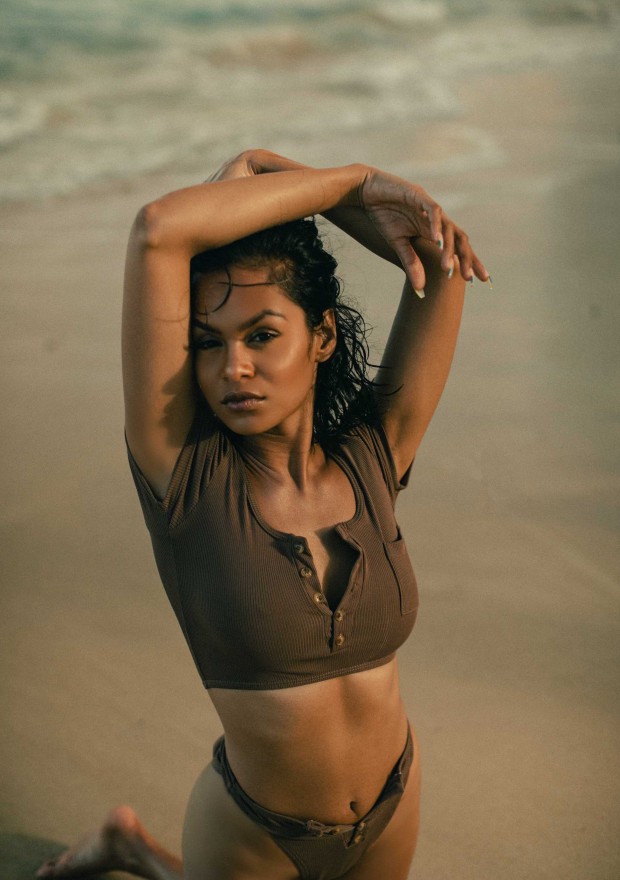 By AboutToBlow @AboutToBlowBlog · On March 5, 2021

With passion and intimacy at its heart, ‘Oh My’ is a sensual, Afro-tinged R&B jam that sees 26 year old Lavaud (pronounced “La-Vo”) demonstrate her slick linguistic prowess as she effortlessly switches between English and French.

Produced by Nigerian Producer Tuzi (Omah Lay, Reekado Banks, Iyanya), the track marks the first single release from her forthcoming debut EP, a body of work which showcases her Afro-infused, alternative sound, with more details to be revealed soon.

“Oh My is about prayers coming true when you discover real love, there’s a point when we cross past infatuation and fall deep into love, this connection and dedication to someone special is so spiritual. Lavaud explains; ”I wanted to capture that freedom in a way that made people relate but also feel good when they hear it.”

A stunning official video, shot in by Nigerian-British Director Christina Nwabugo, who has previously shot videos for Chronixx, Jords and Benji Flow, will also be unveiled via Lavaud’s YouTube channel on Wednesday 10th March.

To coincide with the release of ‘Oh My’, Lavaud has also collaborated with British-Nigerian fashion designer Tokyo James on a limited edition #OHMYTOKYOJAMES collection, kicking off with the “Pepper” Bag which was unveiled in a fashion film directed by PRMISE LAND Studios this week on Tokyo’s Instagram here.

Hailing from Hackney, East London, Lavaud cites the likes of Celine Dion, Mariah Carey, Aretha Franklin and Beyonce as inspirations for her sound. She received recognition from the MOBO Awards ‘Next Up’ for single ‘Pictures’ before scoring a US ‘Top 20’ urban radio hit with ‘Deep’ and, more recently, dropped ‘In This Room’ – an acoustic single that she wrote, produced and recorded from her bedroom during lockdown that was playlisted by YouTube Music, Apple Music and Tidal amongst others.

Lagos-born Afropop hitmaker Reekado Banks has over 175 million streams to his name, and is fresh from dropping seven-track EP ‘Off The Record’ in November. Featuring Mr Eazi, Tiwa Savage and Harmonize amongst others, the coming-of-age record was a deep exploration into Banks’ Nigerian identity, with a global audience in mind.

A stunning collaboration between two genuine talents, ‘Oh My’ sees Lavaud kick off the new year in exciting fashion.