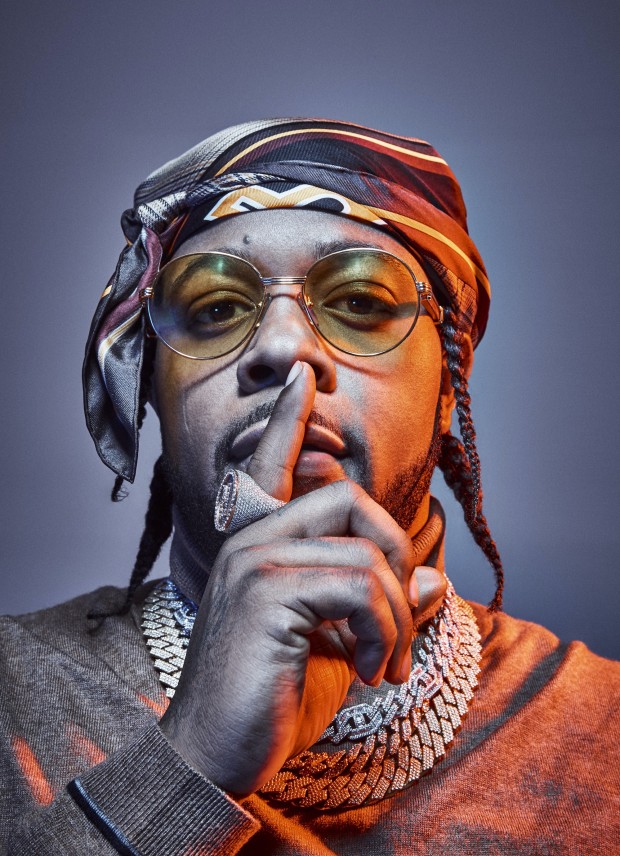 By AboutToBlow @AboutToBlowBlog · On February 17, 2021

A member of the influential GS9 crew, Rowdy’s return to the spotlight will undoubtedly shake New York and the culture at large. On “Jesse Owens,” he bodies hard hitting 808s with a commanding and confident flow as he assures, “Back in my zone and I’m focused, please don’t start no commotion.”  NAV pulls up with a slick guest spot before the hook takes off, “I ran up a bag so fast like I’m Jesse Owens.” In the accompanying music video, they descend upon the Big Apple & LA, taking over a sneaker shop and rapping on the streets.

Shortly after coming home, Rowdy teamed up with Funk Flex for “Re-Route.” In addition to plugs from Pitchfork, HipHopDX, and more, Complex touted it among the “Best New Music This Week” and described it as “a dizzying drill record,” while KAZI Magazine promised, “The man, the myth, the legend himself Rowdy Rebel is starting the year strong.”

Alongside GS9 cohort Bobby Shmurda, Rowdy Rebel bulldozed a path for a new school East Coast rap renaissance, kicking down the doors for a flood of Brooklyn artists. Marking a full circle moment, he appeared on the late Pop Smoke’s “Make It Rain” from the chart-crushing multiplatinum Shoot For The Stars Aim For The Moon last year. Rowdy initially popped off in 2014. He joined forces with Shmurda for a legendary remix of the multiplatinum “Hot *****” alongside Fabolous, Chris Brown, Busta Rhymes, Jadakiss, and Yo Gotti. In 2016, his critically acclaimed breakthrough mixtape Shmoney Keeps Calling yielded the banger “Computers” [feat. Bobby Shmurda]. Even though he went away for six years, he cast a long shadow over the game.

Now, he’s back and we’re told with more music to come very soon.