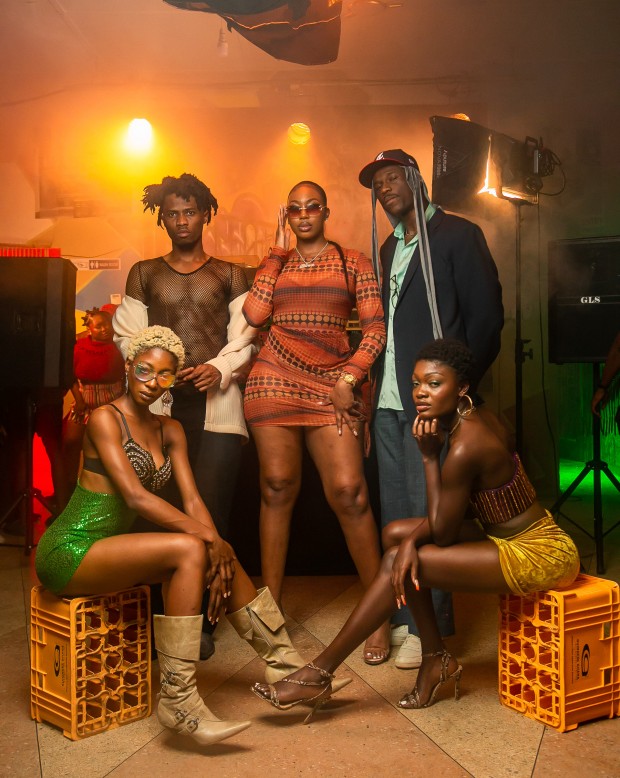 Giving all three artists space to flex their unique flows, ‘Gbedu’ is a sparse, seductive Afrobeats jam filled with slick percussion. Shot within the confines of a club, the accompanying video matches the sultry energy of the track.

‘Gbedu’ will feature on ‘Oxford Street’, a forthcoming EP put together to represent the synergies that exist between the Ghanaian and UK music scenes. Presented by Ghanian tastemaker and executive producer SNYPA, involved with five #1 records in Afrobeats space and working with the likes of Guiltybeatz, Darkoo, Jae5, NSG and KiDi to name a few, the record also aims to introduce some of the UK’s fastest rising stars to Ghanaian audiences.

Ms Banks is a British rapper of Ugandan and Nigerian descent, hailing from Camberwell in South London. Citing the likes of Ms Dynamite, Lisa Maffia, Estelle and Lauryn Hill as inspiration, she has dropped a handful of well-received mixtapes, the latest one – Bank Statement – out now.

Nominated for ‘Best International Act’ at the 2018 BET Awards, Kwesi Arthur is one of the most exciting young artists to emerge from Ghana in recent years. Deciding to pursue a career in music after listening to Drake‘s debut album Thank Me Later, he has since collaborated with numerous Ghanaian musicians, including Sarkodie, Medikal, KiDi, Jason E LA, Nasty C, R2Bees, B4bonah, M.anifest, EL, Stonebwoy and Shatta Wale.

Joey B is a Ghanaian hip-hop artist who is best known for 2014 hit single ‘Tonga’. Nominated in the category of ‘Hip-life/Hiphop Artist of the Year’ at the 2021 Vodafone Ghana Music Awards, he has collaborated with a slew of highly-regarded artists, such as Medikal, Pappy Kojo and Sarkodie.

‘Gbedu’ marks the maiden release from an exciting new first-of-its-kind project that aims to build bridges across cultures and continents.