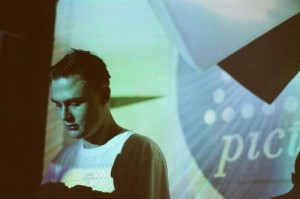 A little while back Team ATB were lucky enough to sneak into Ninja Tune’s hosting of The Boiler Room. The headliner of the night was Bonobo and was as expected, brilliant. However among the other talent showcased on the night (Dels, Micachu and Blue Daisy) there was one artist that had us mesmerized. Hailing from Essex, Stuart Howard aka Lapalux made his way up to the stage armed with MPC and to the introduction of “the first British artist to be singed to Brainfeeder”. Expectation was high and we weren’t disappointed.
Take the disjointed perfection of Aphex Twin’s Windowlicker and mix it with blistering vocals and bass and you come close to ‘When You’re Gone’. Lapalux has done what The Weeknd has done to RnB and brought Electronica into the modern day fitting it into the popular notion of music for the hazy after party scene, typifying how to master love making percussion with his early bottleg working of Musiq Soulchild’s ‘So Beautiful’, an eargasm if ever there was one.
Recently he has dropped remixes of both Mario and Lianne La Havas. Both have been a treat with a free download of Mario’s – Let Me Love You available through his Soundcloud.
Now we are just waiting for an album.
Shortly after his first EP on Flying Lotus’ label was released, entitled, ‘When You’re Gone’. Not his debut but a brilliant showcase of how to do Experimental Electronica, (and a front cover with the sexiest cigar smoker ever pictured).
Aphex TwinBonoboElectroElectronicLapaluxLianne La HavasStuart HowardWhen Your Gone
Share Tweet