By AboutToBlow @AboutToBlowBlog · On August 4, 2011
Nothing in UK Grime has ever been quite as decipherable as Wiley’s everlasting relationship with controversy. From uploading an absurdly large quantity of unreleased material via his twitter for his fans to download to the beef he’s enjoyed with Chipmunk, Tinchy , Skepta, Dot Rotten, Lethal Bizzle…in fact for a scene considered to be tightly knit Wiley has caused hullabaloo with just about everybody. 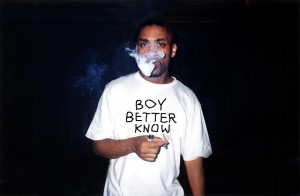 Beef aside, the significance is there are only a handful of artists you could bracket in the same group as the East Londoner, the guy quite simply is a production machine. After dropping “Offload” back in March, then the ‘all about me’ album “100% Publishing” in July, Eskiboy is gearing up to his THIRD album release of the year with the Grimestar due to release “Evolve or be extinct” this October.

Although Wiley kept it simple on his last project “100% Publishing” (producing the entire album himself and opting against any collaborations) we’ve been treated to a number of excellent collabo’s since. The smooth talking R&B fused Seduction featuring the angelic vocals of Alexa Goddard had fingers clicking and club goers two stepping yet it was the controversy surrounding the feel good vibes of ‘If I Could’ with Ed Sheeran that caught Wiley in yet another situation as he tweeted;

“Hold tight ed sheeran’s label tryna stop the release of “if i could” after i done his feature for him and let him perform on my tour. f you.”

After Sheeran’s label told Wiley he could not release the track in June as Wiley anticipated, he vented his anger at Atlantic Records and the A-Team star himself, which led to Eski ultimately putting the track up for free download. Atlantic understandably stayed fairly discreet throughout the whole saga…

Nevertheless the aforementioned tracks demonstrate the feel-good nature and diversity Wiley has in his locker, and latest offering ‘Link Up’ is hot on the heels of its predecessors and follows in the same vein as the upbeat clubjam ‘Numbers In Action’. What’s becoming clear is that Wiley can craft verses from whatever happens to pop into his head, and this time we get (in his own terms) sexy chat over bass-laden 808 riddim minimalism which his delivery wipes the floor with every time.

A brilliant new offering which has had everyone from Skream to Toddla T lauding its worth, if Wiley continues to dish out bass-heavy bangers he’s certain to have club goers screaming for ‘Eski’ again.

Released via big Dada Records, Link Up is available for download now on I Tunes.