By AboutToBlow @AboutToBlowBlog · On March 3, 2011 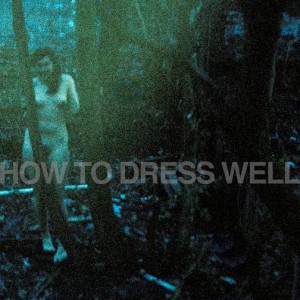 So as we descend into the depths of 2011’s first quarter (March already?) there are a number of facts that need to be adduced surrounding the current climate of Electronic music. First off, some may have been reduced to calling it ‘Whateverstep’, but the fact remains in that the ever-expanding level of subgenres invested in murky, bass-heavy, mysterious lo-fi tones have ultimately splintered off from dubstep, and as yet a classification still remains clouded.

On that note its time for some closure, so from here on in I’m going with the unclouded, decipherable “Post-Dubstep heading, and with the sheer scale of producers publishing new material on a daily basis, one particular artist has gained notoriety, and deservedly so.

Through the influence of house, techno, garage and dubstep Manchester’s XXXY (real name Rupert Taylor) has refixed Brooklyn bedroom producers How To Dress Well’s recent smash “Ready For The World” and eradicated the more sombre tone for an enhanced two-step vibe that steadily intensifies as the subtle tweaks start to take control.

Available as a free download, this ambient re-edit collborates the type of style that has seen front-runners Jamie XX, James Blake and Jamie Woon become so popular over the past year. With more people starting to take notice, theres big things to come yet for producers like XXXY, so make sure to check the official XXXY soundcloud for a complete breakdown.

House-infused Riddim “Give It Juice” also showcases the potential to take a Minimal tone, crank it with a soulful ambience and produce for the dancefloor. Definitly deserving props also. Chill and enjoy.