As success stories go Toronto’s 21 year old Abel Tesfaye has, in eight short months, become something of an international phenomenon. The eagerly awaited follow up to the brilliant ‘House of Balloons’ Mixtape has just dropped to cap off an undeniably whilwind few weeks for the Indie R&B swooner who after revealing himself to his hometown with an intimate one-off gig, has since gone on to rub shoulders with the likes of Rick Ross, Lil Wayne, Stevie Wonder and Nas at Drakes monstrous OVO Fest.

Progressively developing that aural sense of space through the use of expert, minimalist sampling the percussion on a number of these tracks continue straight where ‘House of Balloons’ left off, with most tracks leaving you transfixed if somewhat haunted in a manner reminiscent to that of Odd Future’s Frank Ocean (or more closer to home, London’s Post-Dubstep don James Blake).

Released (unsurprisingly) on Thursday (August 18th), news is filtering through that Tesfaye’s third mixtape, ‘Echoes of Silence’, will be released by the man himself this coming Autumn which, considering the quality of material already being paraded, quite how Tesfaye will continue to exceed himself by the time the inevitable debut Studio album drops is an exhilarating thought. Probably not so for the man himself, mind.

To go into individual detail on each track would see this overview become somewhat of an essay so to keep things concise, this is the must have album of the moment.

You can download the nine-track release here as opposed to his person website which following its quite sudden announcement last night, has been experiencing high levels of volume ever since.

Let us know your views on ‘Thursday’ in the comment box below. 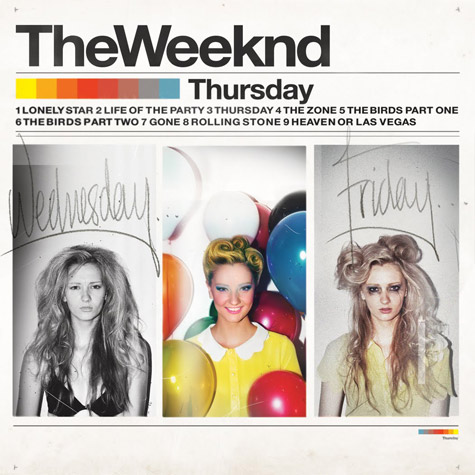