Three Tracks to get you Excited About Modern Hip-Hop: 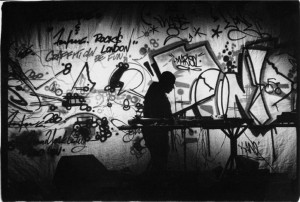 Did hip-hop die with J Dilla? Was the Golden Era the defining time in Hip-Hop history? We would like to think not and just recently there have been a few releases to back our beliefs. Here are three new tracks to get you hyped again and the three all have a tedious link.

BLU – Kiss The Sky
Jason Barnes AKA Blu (is one member of ATB’s favorite modern rapper) and hails from the west coast. He has an abundance of mixtapes and material for the new fan to sample. We suggest the sublime Mix tape HerFavoriteColo(u)r and his collab with Exile; Below The Heavens.  He dropped Kiss The Sky slyly through his Twitter, which is something that he regularly does. It’s typically Blu with clever lyrics and jazzy beats. He has a laid back flow and among his samples are Hendrix and Lupe Fiasco…. Which links to our next recommendation:
Lupe Fiasco – Around My Way (Freedom Aint Free)
After the unmitigated disaster and controversy of ‘Lasers’, Lupe is back to doing what he wants to do and we couldn’t be happier. Ignoring Lasers Lupe has always been top of the game, The Cool and Food & Liquor are modern classics and Around My Way harks back to the Lupe of the first two albums.  He has stated that his next album will be called Food & Liquor II: The Great American Rap Album, and we can’t wait.
Lyrically Lupe has always been different rapping about politics and real issues, he sticks to this in Around My Way rapping over a Pete Rock and CL Smooth beat (http://www.youtube.com/watch?v=BONgL61snlM) he proves that he is the don. A lot like our last artist:
Nas – Daughters
Nas is the self-proclaimed don of modern hip-hop and who would want to argue that? Daughters, is a more personal track about his relationship with his daughter…. It’s Nas what more needs to be said you know its good, we wait patiently for the album ‘Life Is Good’ to drop.
Hip-Hop never really died, it was just hidden under The Black Eyed Peas and Soulja Boy.
Charlie Webb
BLUCL SmoothExileJ DillaLasersLupe FiascoNasPete Rock
Share Tweet