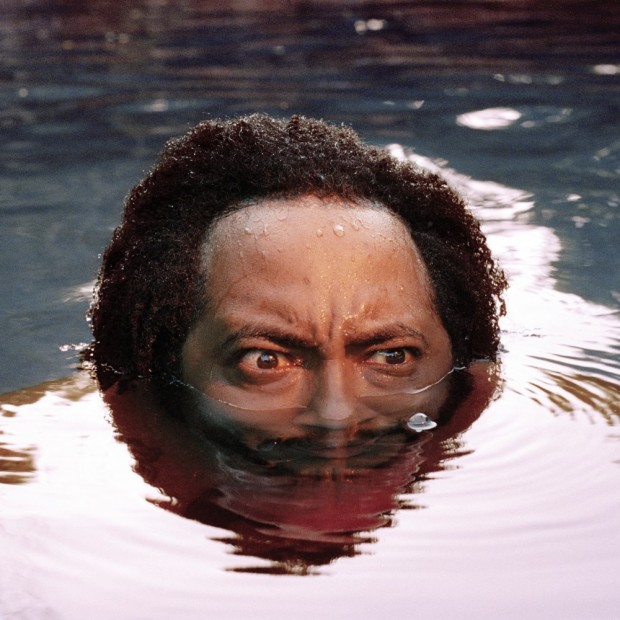 Thundercat is the eccentric figure behind some of your favourite albums, from Erykah Badu’s New Ameryikahs to Kendrick Lamar’s to pimp a butterfly. Here he hits us with his own adventurous 3rd album release. This alcohol-fuelled album very much typifies Thundercat’s eccentric personality, and showcases all of the bassist’s musical prowess, as the album flirts with a number of sounds, production patterns and styles. Features are used sparingly but effectively, the weakest being Wiz Kahlifa’s cameo on Drink Dat, which thankfully does little to derail the album. The album has a number of motifs, perhaps the most notable is the progression from morning to midday and then from evening to the late hours of the morning. This change in time also symbolises the voyage of emotions he experiences.

We see this in the opening songs of the album. The earlier songs have an up-tempo, confused production style but quickly take a dazed, and nonchalant turn. The songs Captain stuppido and Uh Uh exhibit this sporadic, up-tempo production style, and these seem to represent the early drunken confusion of the morning-after-the-night-before. This is seen in lyrics such as ‘I think I left my wallet at the club’ and ‘I feel weird’. We then see a transition into a more dazed, and tired style of production, particularly on the songs A fans mail, Lava lamp and Jethro. These songs represent a comedown from the earlier, semi-drunk excitement into a hangover, with lyrics such as ‘I’m so tired’ and ‘where can I lay my head’ on Lava lamp, as well as the heavy use of low-energy refrains coupled with uhhhs and ohhhs particularly on Jethro.

A fighting optimism, hope and love

The short interlude song Day and night represents a shift in vibe; the subsequent songs’ subject matter are more concerned with love and hope. We see this on one of the earlier released songs Show you the way. Here, Thundercat is joined by Michael McDonald and Kenny Loggins who both provide enticing vocals. Lyrics such as ‘On the edge of dark there’s the brightest light’ and ‘I just wanna live, and learn how to fight’ represent this distinct shift in theme of the album – the dazed and confused production is swapped out for funk riffs, to represent this hopeful and fighting outlook.

We also see this more hopeful side on the songs Walk on by, and Blackkk, with the help of Kendrick Lamar on the former. Though not as glaringly obvious as lyrics like ‘Wake up and dream, tear down the wall’ on Show you the way, lyrics such as ‘don’t walk away from me’ and ‘Don’t be afraid of death we’ll be gone in the twinkling of an eye’ on the aforementioned songs, still showcase a fighting optimism with an admittedly darker tone.

As sadness creeps into the album, Thundercat introduces some escapist themes

On the song Tokyo, in his depression, Thundercat attempts to escape to a happy place. Japan is his place of choosing, Tokyo a city he associates with many of his fond childhood memories. Lyrics such as ‘I think I’m Kenshiro, I think that I’m Goku’ pay tribute to the popular Japanese anime/manga series Hokuto no Ken and Dragonball respectively. Ultimately, however, we see that this escape is somewhat limited as he begs, ‘Can I just stay one more day?’ On the following song Jameel’s space ride he opts to altogether escape the depressing realities of earth in favour of space. Lyrics such as ‘Where we belong’ and ‘That’s where I want to be’ echo Thundercat’s concept of not belonging.

The album then sinks to alcohol fuelled depression, and even madness, as his optimism fades and his early pessimism is proved wise.

The songs Friendzone, Them changes and Where I’m going embody depression over love lost. Though the production and singing remains soulful and melodic, the lyrical content screams heartache and insecurity, making for a great juxtaposition, particularly on the song Them Changes. With a star-studded ensemble, including flying lotus, Kamasi Washington and Dennis Hamm, Thundercat figuratively smiles through his pain with lyrics such as ‘Somebody tell me how I’m supposed to feel’ and ‘now I’m sitting here with a black hole in my chest, A heartless, broken mess’. The song is also divided by a refrain that really embodies the depths of his depression. He again couples this refrain with ohhhs and uhhhs, and here he almost breathes his overwhelming sadness onto dazed production. Finally, on the song Where I’m going, Thundercat finds himself in a confused state as he asks ‘Where am I going’ explaining, ‘everything and nothing, swirling around in my head’. His raspy, breathy voice represents a comedown from Them Changes, as the reality of a loss is setting in.

Thundercat then turns to alcohol. The aptly named album is awash with inebriation, and alcohol is presented as his medicine for sadness and love lost, but only serves to bring Thundercat lower. On the song Drink Dat with Wiz Khalifa, Thundercat fantasizes about the more light-hearted side of intoxication in a clubbing environment. This is, however, quickly followed by one of the darkest lows on the album, Inferno, where Thundercat juxtaposes hellish lyrical content over light and dazed production. This song epitomises the contrasting highs and the lows of this album, ‘Brightest day, darkest night, into the fire’. Later, on the song Drunk, inebriation rears a darker head, with lyrics such as ‘I’d rather be up my mind, than to be dead alive’ alluding to Thundercat being more comfortable festering in his own sadness and depression than forcing a happy façade. This drunken episode is followed by another hangover on The turn down. Thundercat is joined by Pharrell on this pessimistic song: while Pharrell tackles US race relations and police brutality, Thundercat seems to be disillusioned with life in general, espousing lyrics such as ‘Is this where we belong? Or is it a step to fill?’

Thundercat finishes this album how he begins it: the song DUI is an extension of Rabbit Ho, and represents cyclic return to the beginning. The song serves as an epilogue to conclude the themes that the album has explored. Reflections such as ‘sometimes you’re alive, sometimes you are dead inside’ and ‘Sometimes it’s okay, Sometimes it’s the worst thing ever’ really summarise the highs and lows of this album. While ‘There’s always tomorrow’ and ‘your friends will let you know tomorrow’ allude to the cyclic nature of life and this album, i.e. day into night and then into day again. However, it seems Thundercat is ultimately tired of this cycle and ends the album still drunk, lost and confused in life: ‘One more glass to go where this ends we’ll never know’.