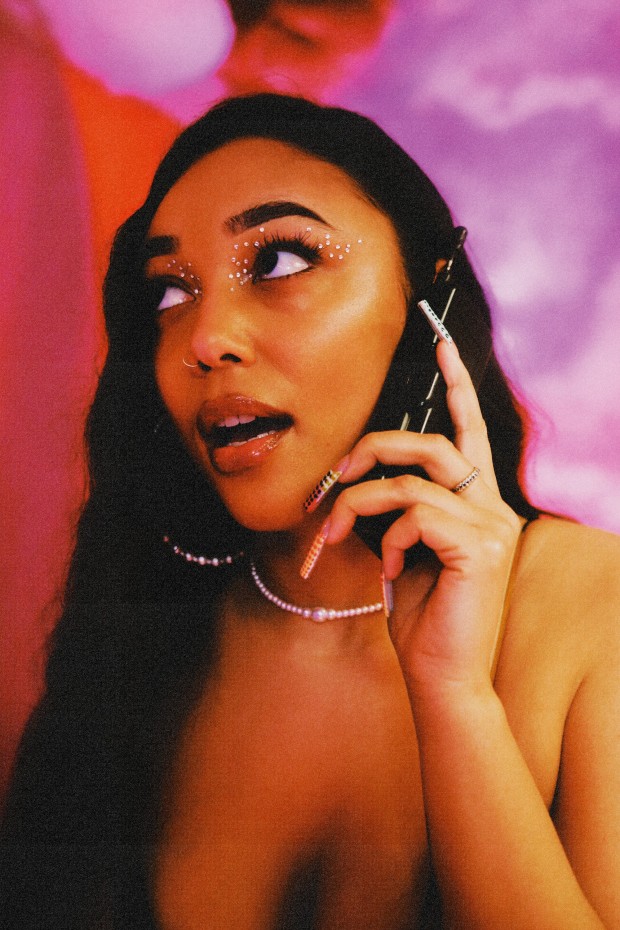 By AboutToBlow @AboutToBlowBlog · On February 26, 2021

“It’s about trying to get your partner’s attention, and craving quality time,” Tiana explains. “MNEK whipped up an idea for the production and I came up with a concept. Then myself, MNEK and Ryan Ashley went back and forth on the lyrics.”

Surrounded by a melting pot of musical influences from a young age, Tiana had an unashamed love for 90’s RnB, inspired by the likes of Brandy, Monica and 702, she burst onto the scene last year with the empowering ‘Cut Ties’, her acclaimed debut single that has amassed over 2 million Spotify streams and garnered support from the likes of gal-dem, Wonderland,TRENCH, Nation of Billions, DUMMY and more. This was followed up by the similarly well received ‘Hit The Spot’ and ‘Monday’.

Fellow South Londoner MNEK has worked alongside some of the biggest names in the industry, including Little Mix, Dua Lipa, Beyoncé and Clean Bandit. He received a Grammy nomination for his work on Duke Dumont’s ‘Need You 100%’ and last year scored his first ever UK #1 for ‘Head & Heart’ with Joel Corry.

To find out more about Tiana Blake, go to: Instagram | Soundcloud | Spotify