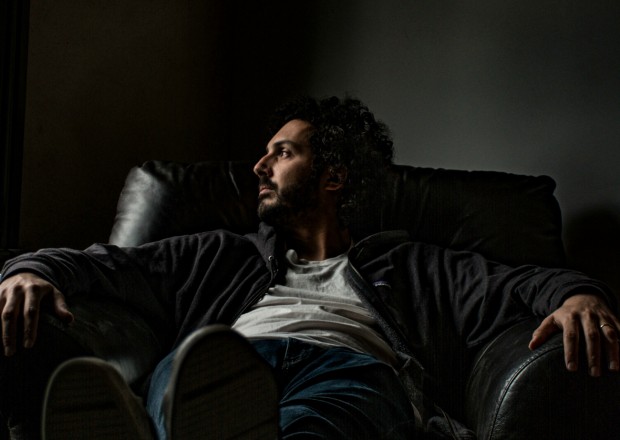 About To Blow Get’s To Know: The Unsung Heroes of Brawther [Interview Exclusive]

When we look back on some of our favourite clubbing memories over the last decade, many of those would involve the music from the collection of Sammy Gouyette, otherwise known as the man behind Brawther - a pioneer of subtle, hypnotic, and a unapologetically groovy strain of house music we’ve come to know and love.

Born in France and residing in Lisbon via some time in Leeds, the Frenchman is an artist in the truest sense of the word, and one that’s responsible for a sizeable slew of releases on the likes of Chez Damier’s Balance Recordings, Secretsundaze, Cabinet Recordings, Jazzy Couscous and quite simply one of our favourite releases of the last ten years, the unmistakable ‘Fuck Off Track’ on My Love Is Underground under his all-conquering Dungeon Meat alias alongside Tristan Da Cunha. It’s an impressive discography which when you add in the Frenchman’s debut album, last years ‘Transient States’ on his own label ‘Negentropy’, showcases a sound drenched in soul with clear elements of Jazz, Broken Beat, Hip-Hop and Dub that are frequently held together by swinging and timeless grooves.

Having hit the ground running since the turn of the year, with a tour of Australia wedged between a consistent stream of shows across Europe, Brawther returns to London this Friday for a particularly special show, as he brings his record bag to Fall Up’s 3rd Birthday celebrations alongside Youandewan and Ron Obvious. Over the past three years Fall Up have championed many of the scenes unsung heroes, with the likes of D’Julz, Tristan Da Cunha, Glenn Astro and Chaos In The CBD paying testament to that fact.

Paying our respects to one of house music’s finest figures and one of London’s supreme partystarters, we caught up with Brawther to uncover his unsung heroes – be it DJs, mentors, label heads or store owners, to find out a bit more about the people that helped shape the producer into the artist we know today.

Total unsung hero of dance music. Marcus runs Inner Sunset Recordings and has produced all the records on the label too. We hooked up via email around 2007 as i had fallen under the spell of his music. I’m honoured to call him my friend and he has done a lot for me in terms of support and guidance. After some years of hiatus, the label is back and so much more. I really hope people keep discovering and listening to his music, as it’s some of the finest house music that has ever come out, period.

One of my good friend and all round wiz kid who should have gotten more notoriety to this day, but has taken the long virtuous road that consists of hard work in the studio. knocking out records on a regular basis aswell as getting a name for himself behind the decks week in and out at SmartBar rather than thru press accolades. It’s a marathon and not a sprint, so keep checkin your rear mirror because he will still be there when most will have given up or changed career for the better.  Go Garrett!

Alix is a fellow frenchman who lives in Tokyo and runs the label Jazzy Couscous and he is one of the most knowledgable person i know in japanese dance music. We actually share a similar passion which led us to curate a 3×12 compilation about the history of japanese house music. It’s also linked to a documentary that predates it, but is still yet not finished. HIs kindness and friendship has enabled me to connect with Japan and we share countless record digging trips in the country, all full of great memories and laughter. We once rented a car and did all the stores we could find between Tokyo and Nagoya, not just record stores but thrift stores that sell all sorts of junk including records obviously. There’s a chain called Hard-Off, and they have the same tune that loops over and over all day long in every single store of the chain, its crazy. it’s like time has stopped in some of those stores along the road that crosses  the thick–heavy populated region that links both cities. I recommend it, even if you might not find much (you could pick up some old 80s synths for cheap too). Here is the song they play:

Grace Sands (formerly Digs) is one of the founders of DiY, the free party collective that emerged in 1989 and has never ceased to champion true underground house music. I was a massive fan boy of the label, as it’s well known that i cite DiY and my experience of Nottingham’s night life, especially the Bomb club (RiP), so when i got to play with both Digs and Simon DK in one of my earliest gigs in the UK, i was stoked and as time went on we became close. Grace is one of the fiercest dj i know and the skills one the 1’s and 2’s are just ridonculous. She is a resident at one of London’s sickest parties ever, Adonis, and you can find her slaying the dancefloor of the NYC downlow in Glastonbury, of which we both share a residency, On august 24th there is a boat party in London which is part of the 30 years birthday celebration of DiY, save the date !

Big shouts to Leandre, a fellow Parisian DJ and producer who schooled me on Detroit and Chicago house music at a time where all my mates where more into the NY and NJ sound coming from the US. I can’t remember exactly how we met, maybe via Discogs (he was an early contributor to the database) as i have with others in the past. Leandre is an unsung hero as he embodies the spirit of the low key and deadly tune assassin, who focuses on refining his craft away from the spotlights. He has been releasing some killer re-edits via his Voulez Vous 7 inch label as well as appeared a few times on Jordan Fields’ imprints. I could only highly recommmend tracking his dj mixes online and grooving to his beats.